Drinks Americas Holdings, Ltd. (OTCBB:DKAM) a leading developer and marketer of beverage products, today announced that Rheingold Beer is now being sold in Michigan through a network of 26 leading beer distributors in the state. 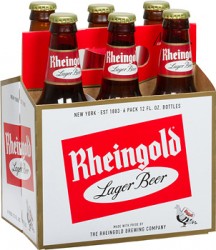 The first two containers of approximately $50,000 of Rheingold, New York’s Beer since 1883, has already shipped and will be available at Michigan retail outlets in the coming weeks.
Joe Belli, National Sales Manager for Rheingold Beer, stated, “The response from the field has been outstanding for this brand. Many distributors recognized Rheingold from the past and were eager to participate in the resurgence of this classic trademark. Petitpren Distributing and many of its colleagues were instrumental in bringing the brand to the market by forming a network of Michigan Rheingold distributors providing statewide coverage.”
Rheingold is light in calories and positioned in the sub-premium category of beers. According to Impact Database, the state of Michigan is in the top 10 domestic beer consumption states with approximately 80 million cases of domestic beer shipped to the market annually, and has a growing sub-premium category market.
Drinks Americas launched Rheingold in September 2010, and the brand is now being sold in New York, New Jersey, Connecticut, Pennsylvania, Georgia, Ohio, Kentucky and now Michigan with definitive plans to expand to Florida, Texas, Maryland, Washington DC, Illinois, Oklahoma, West Virginia and Massachusetts.About Drinks Americas