UK drinkers are continuing to reduce their alcohol consumption, with 2009 seeing the sharpest year-on-year decline since 1948, according to figures from the British Beer & Pub Association. Beer sales have been particularly hard hit in recent years. 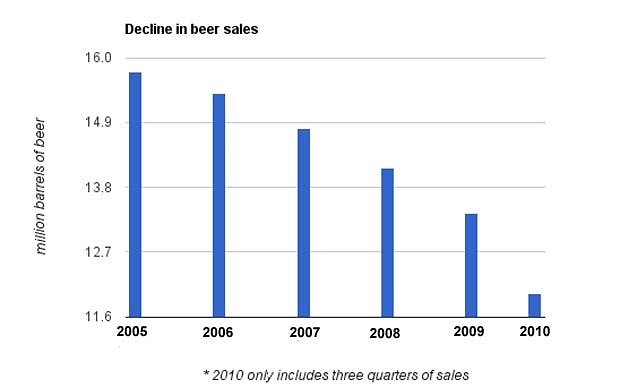 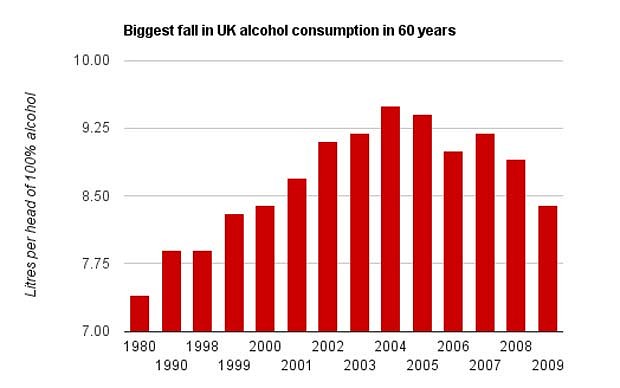 All figures from the British Beer & Pub Association:
– Total beer spend is ?17bn per year – 41pc of all spending on alcohol. Of this, ?13.5bn is spent in pubs and restaurants, and ?26.5bn in shops and supermarkets.
– The average price of a pint of bitter is ?2.58 and lager ?2.95. London is the most expensive region to buy a pint, with prices 35pc higher than in the north east.
– UK taxes on beer remain among the highest compared with other countries, with the second highest duty rate in EU -ten times higher than in Germany, and seven times higher than in France.
– Ale’s market share is increasing: The UK ale market increased its market share of all beers in 2009 for the first time since the 1960s.