Brewers say trade barriers must go to add color to Korean beer market
Think Korean beer. Now think of a Korean beer that’s not Hite or OB.
That blank right there shows the space smaller breweries have been trying to fill in a market where the share between the big two is split nearly fifty-fifty.
Many beer lovers crave diversity, finding local products “watery” and of lower quality when compared to German or Japanese brands.
Much of this wateriness could be blamed on the nation’s regulations, which impose loose ingredient requirements but tough entry barriers.
Good news came in December that the Finance Ministry, overseeing the liquor tax law, lowered manufacturing license capacity requirements from 1,850 kiloliters to 100 kiloliters. One might think this huge reduction would allow more microbrewers to enter the scene and add some much needed color to the market. However, this is not the case while the second hurdle of limited distribution rights still hinders smaller players.
“The lowered entry barrier has no meaning for us, in that most microbrewers have a manufacturing capacity of less than 25 liters. Then the government hasn’t even given us an environment for us to grow that capacity in the first place because we’re not allowed to sell them outside our own stores anyway,” Kim Deok-ki, chief of the Korea Microbrewery Association told The Korea Herald.
“Many of the brewmasters at smaller breweries develop unique tastes through independent roasting and fermentation processes yet all circulation routes are blocked for us.” 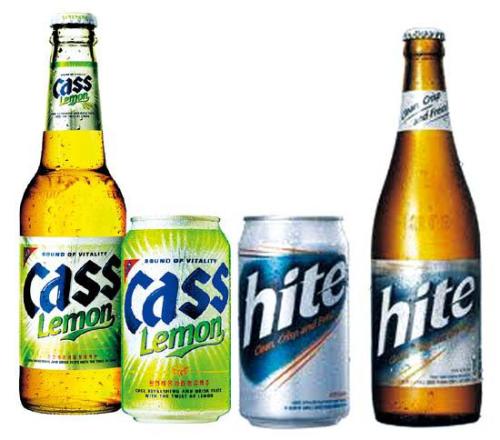 According to the Fair Trade Commission, Hite and OB generate operating profit margins of 62.6 percent on average and have no other local competitors. The antitrust regulator’s December report warned that the industry would remain vulnerable to market power abuses should the duopoly continue.
The drive for a more competitive local beer market, valued at about 3.5 trillion won ($3.1 billion) by revenue, began with the beer boom during the 2002 FIFA World Cup co-hosted by Korea and Japan. The right to sell house beers was granted then for breweries with manufacturing capacity of at least 5 kiloliters, but no more than 25 kiloliters.
The government is aware of the need for more competition, yet it is still in wait-and-see mode.
“We’re going to wait at least one year before we start considering the possibility of allowing house beer circulation to retailers and smaller stores,” Lee Jae-gyun at the ministry’s liquor law desk said.
“We say we are ‘on it’ because that’s what we say. We’re actually waiting for some market response to the lowered entry barrier.”
The industry body representing 47 breweries argues that breweries need to be given distribution rights to grow and woo customers’ before losing them to foreign beers fast rushing in to the local market.
“To build a brewery capable of producing 100 kiloliters of beer requires 30 billion won ($26.9 million) of facility investment and none of our members dare to make such investments with our size and scope. The only thing we can hope is an open market that allows fair competition,” Kim said.

Tax authorities confirmed last week that foreign beer imports expanded about 19 times by value over the past decade. Imports, worth $1.94 million in 1999, grew to $37.15 million last year. While U.S. brands such as Miller and Budweiser took up 43.8 percent of the imports back in 1999, the list diversified to include more than 10 brands with the Netherland’s Heineken on top with 24.4 percent.
Japan’s Asahi is a close second with 21.2 percent of share, followed by Miller and China’s Tsingdao with 17 percent and 8.7 percent each.
Though fast growing in popularity, foreign beers still make up less than 3 percent of local market share. House beers make up less than 0.02 percent of the market share.
“Foreign beers are continuing their growth in the local market share. For the past four years, the market for local brands grew by 3.8 percent while it was a 28 percent (rise) for imported beers,” JP Morgan said in its November report.
Revenue of Hite Holdings, which has five subsidiaries including beer manufacturer Hite Brewery, soju maker Jinro and three other alcohol businesses, decreased by 47.3 percent in 2010 fiscal year. Its operating profit fell a drastic 55.4 percent to 22.2 billion won from a year ago.
“Decreased sales on top of increased expense contributed to the fall in numbers,” the company said.
Better taste holds the key to certain brands’ popularity.
Beer, simply put, is fermented, malt sugared liquid.
The Finance Ministry calls any liquid with more than 10 percent malted barley beer, but the level required by other countries is much higher. In Germany, where the required amount is 100 percent, the degree of fermenting and roasting decides value of the beer. Japanese breweries require a 67 percent rate.
E-Dong Brau, a microbrewery ran by Kim, also sells all-malt beer like most microbreweries do. Some products from Hite, including Max, are all-malt beers.
“Basically, foreigners call local beer exceedingly mild and watery because typical Korean beer in retailers are often made up of less than one tenth of malt used in Germany,” Kim said.
Hops balance the sweetness of the malt and the yeast converts sugars in the wort into alcohol.
Some say even the regulatory support wouldn’t help the microbrewers due to the tight supply chain controlled by the two oligopolies.
“It won’t be easy for smaller players to break into major distribution channels even after all the regulatory hurdles,” an industry insider said.