Why has per-capita consumption of beer in the past three decades declined some 15%?

It was the 1975 national rollout of Lite beer. “Everything you always wanted in a beer. And less.”

It didn’t happen. Because logic has nothing to do with marketing. Broadening a category dilutes it, making it seem less authentic, less desirable.

In other words, Lite beer made the entire category seem lame. Ries brings up beer in a discussion of product diversification and declining sales at Burger King.

We looked up a report by the Beer Institute to confirm the decline of beer drinking after the 1975 debut of Miller Lite. 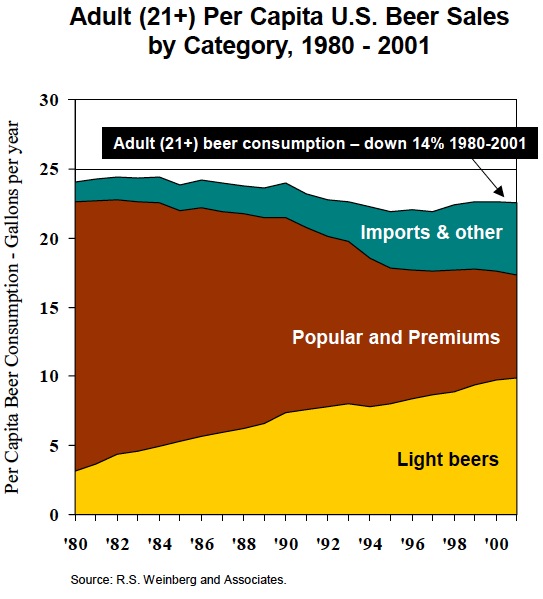