Brewery Incubator, the beer pub project in the former Cafe Luz space downtown, launched its Kickstarter last night. Brewery Incubator is a collaborative business in which home brewers get access to commercial brewing equipment and a pub to sell their beer as a way to determine whether they’re ready to launch their own breweries. The project seeks to raise $25,000 for a two barrel brewing system, four fermentors and other expenses.

As befits the project, the rewards offer a tempting array of options for beer lovers, which will be honored whether or not the campaign reaches its goals. Backers who pledge $50 will be invited to private tasting events. At the $150 level, there’s a ticket to a beer pairing dinner. There are increased dinner and tasting options as the dollar amounts increase. For $10,000, a backer can choose to have his or her name tattooed onto the founder of his choice, Lucrece Borrego or Jesus Acosta, neither of whom have any tattoos.

To raise awareness and build excitement, they’re hosting a series of events this week. The first is a bottle share that happens tonight at 7:00 p.m. There’s also a farm to pint dinner on Friday and a New Year’s Eve party.

A Revolutionary Idea in Craft Brewing

We are creating the world’s first co-working brewery and incubator to foster the development of craft breweries by providing a pilot facility, tap room, support network and audience accessible to all aspiring brewers.

We cultivate these nano-breweries through business workshops, networking events, co-marketing, investor pitches and co-working until they are fully ready to launch their own brewery. Most importantly we give them access to a professional commercial brewing system and a beautiful tap room where they can sell their beer as professional breweries to establish customer base prior to launching.

We aspire to serve as a venue for experimental brews and new collaborations, promoting industry innovation and education.

More than a brewery, we aim to create a community hub for craft beer locals. Our pub will cater to members. We will host classes, tastings, tours and community brew-ins. We will sponsor homebrew clubs and competitions.
We are boldly going where no craft brewery has gone before… to the people!

We’re on Kickstarter to Create a True Community Collaboration

All of our member brewers and many others from the local brewing community have come together to create amazing Kickstarter rewards and fundraising events for this campaign. We want this to be a true community effort and are inviting all of our Backers in the area to taste our beers and enjoy some pretty awesome events. We want you to know that we appreciate your support, regardless of funding.

If we reach our funding goal, we will place the order for our brew system, focus on delivering rewards and plan on opening Spring 2013. If we meet our stretch goals, we will open sooner, bring on more brewers and bring you even better beer!

Our Investment and Yours: Where the Money Will Go

We have already invested our life savings in our beautiful facility, which we’ve built out together from the ground up over the last two years. We’re coming to Kickstarter to directly fund our commercial brewing equipment but also want to show you what we’re investing ourselves. 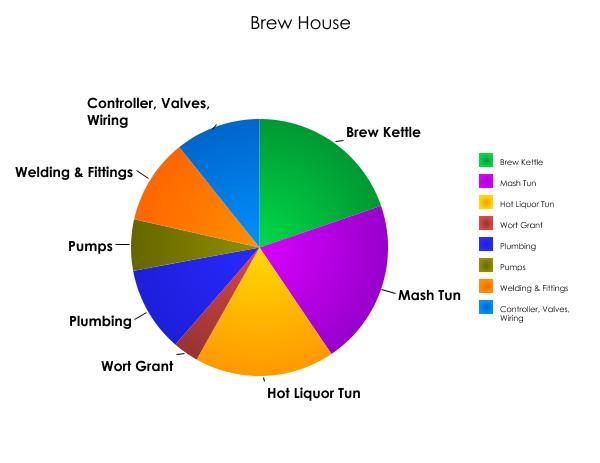 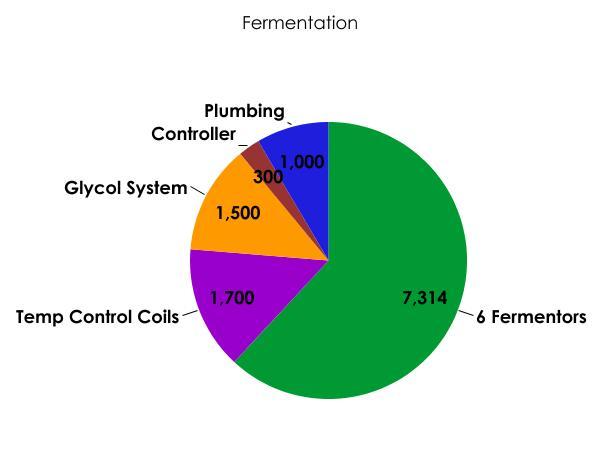 We Want to Emphasize:

Our brewpub is in a 1912 historic building in the heart of Houston. Over the last two years we’ve lovingly restored the space, taking the pub area back to its historic routes – original ceilings, floors and brick walls. The iconic copper lighting display created by Jesus has become a signature piece in the downtown skyline and even inspired a similar lighting installation in a downtown restaurant. 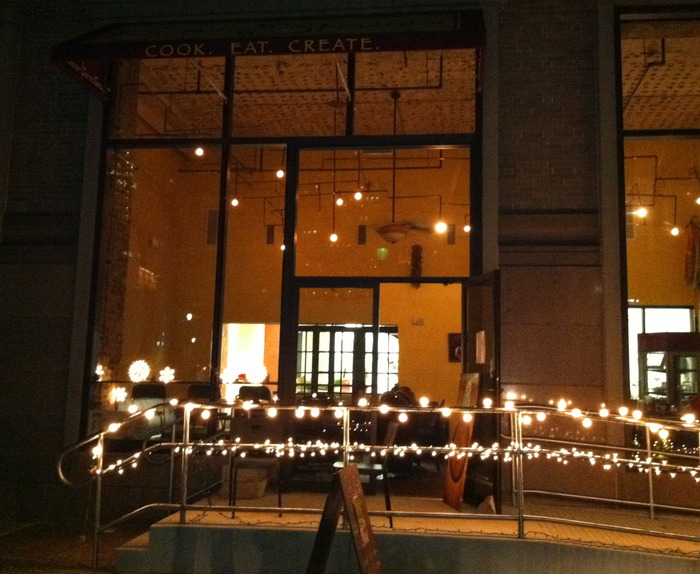 Our Brewpub in Historic Downtown at 907 Franklin St.

Historic Downtown is a unique space that is important to Houston, yet much of the neighborhood continues to sit empty. We believe that this unique concept has the potential to act as a catalyst to help bring new life to the Historic District. We are already active in the neighborhood helping plan and market events for the entire District. Together with several new concepts that plan to open in the next few months, we can truly revitalize historic Downtown.

We’ve spent the last six months honing in on the aspring brewers that have gone on to form the initial League of Extraordinary Brewers. Each week we will provide an update with an interview of one brew member.

RISKS AND CHALLENGESLearn about accountability on Kickstarter

We are committed to opening the Incubator as quickly as possible. As we are already paying rent on our commercial space and do not charge rent to our member brewers, we must act fast to get the pub up and running.
However, we are dependent on federal licensing to open a brewpub. While we’ve started this process, we have almost no control over how long it may take.
What we can promise you is that if licensing is taking too long, we will go ahead and open as a Craft Beer bar and continue to host private events where our Backers and new supporters can come enjoy our beers. We will still open up our equipment to members and the community for classes and collaboration research and development.
All projects involve risk, but we’ve taken steps to minimize them as best as possible. We want to assure you that you will never be dissapointed as a Backer of the Brewery Incubator.