Consumption of locally brewed beer and spirits has registered a decline in Delhi, whereas intake of Indian-made foreign liquor has slightly increased here during 2014-15, an official report revealed on December 9. 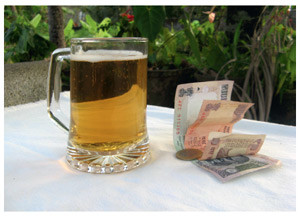 Also, the consumption of country liquor reduced from 28.93 lakh cases to 25.38 lakh cases during the same period.