With 100 years of brewing heritage, United Breweries Limited (UBL) has been a market leader in the beer business in India with over 50% market share. It has a portfolio of winning brands, with its flagship, Kingfisher, being synonymous with beer in the country.

The company operates in a very complex regulatory environment and has a network of 30 breweries across the country to meet the market demand. Kingfisher beer has won many laurels at International beer festivals and is available in over 50 countries. It is the leading Indian beer brand across the World.

Beer that is supplied to bars in kegs and dispensed from taps on bar counters is referred to as Draught Beer. This type of beer is extremely popular amongst consumers and has seen rapid growth in recent years. To support the growth the company has invested in a large number of returnable kegs. Draught beer being fresher than bottled beer, has a shorter shelf life.

Kegs—where the Draught Beer resides—have a long distance to travel from the brewery to the tap. Replenishment and recycling them with fresh stocks demand calling them back in time from multiple locations.

The beer kegs are valuable company assets, moving from breweries to distributors to pubs and then back home again. A few lose their way and never reach home. It was manually difficult to maintain records of kegs that have been supplied and returned. “At the moment, we have many customers who buy beer kegs regularly and there are some who buy not so frequently and the lack of visibility results in empty kegs not being collected in time from these non-regular customers,” says S Ramakrishnan, Divisional Vice President–IT, United Breweries. 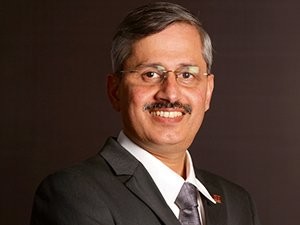 But wait, there is more! The company’s manual tracking system did not provide an accurate estimate of the keg float . There was no structured method of being certain about the inventory accuracy. They did not get a detailed understanding of the keg loss rate, which was another issue for the brewing stalwart.

A key factor in ensuring appropriate service levels and cost management is the turnaround time of kegs and their security. The business need was to find a solution to meet this challenge. UBL decided to use technology to track its beer kegs in order to provide greater visibility into the path its kegs take after they are filled at the brewery.

All the beer kegs have an RFID tag with a unique identifier which is associated with the actual identity of the keg. The master data pertaining to every keg would be maintained in a database. When the keg is filled with beer, the tag will be updated with manufacturing information such as SKU Code, date of manufacturing and batch number”, adds Ramakrishnan. The entire movement of the kegs thereafter, across the supply chain from the brewery to the distribution points and then on to the bars and final return to brewery would be recorded in the system.

Ramakrishnan, his IT team along with sales and manufacturing teams conceptualized the idea of using RFID tags to track the beer kegs as scanning is easier and records a 100 percent read rate. The measurements of the tag are 48.5 x 38 x 9.5 (mm). “It is glued with an adhesive, which cannot be removed and the tags are fixed on the metal body of the keg. “The tag has to withstand high-heat and high-pressure wash cycles, and work on metal assets containing liquids,” says Ramakrishnan.

RFID technology was chosen over barcode technology so as to ensure that there were no scanning challenges on the ground. RFID terminals that supported GSM networks were chosen, so that transactions could be uploaded to the server from the field.

The system requirements were quite unique to the industry and there were no standard products available that catered to the needs. It was therefore decided to build the software using the mobile framework, as mobility is the key requirement of the system. The system had to be designed with a simple and intuitive interface for it to be effectively used by the people involved in the supply chain and had to support offline capability for it to work effectively under the present working conditions.

“We had anticipated initial challenges when the system would go live as the users involved were not very skilled. Therefore, to minimize the risks, we decided to conduct a dry run for nearly 2 months with the objective of getting feedback from the field and fine tune the system,” says Ramakrishnan. This approach has helped the company immensely as some of the users became quite familiar with the system. A considerable amount of time was spent on training the users so that they would be able to operate the system effectively.

The dry run started this February and the system became fully operational in May. “At this point of time, the RFID technology to track beer kegs has been implemented in Bangalore and Mumbai” he says.

The company took the help of technology partners–TeamLiftss and GoDB. TeamLiftss provided the RFID tags and GoDB developed the software says Ramakrishnan, adding that they zeroed in on them because they were cost effective and efficient. He even added that the handheld devices were purchased from Zebra.

The company is in high spirits with this project. There is better use of the existing keg fleet, identifying bottle necks and reducing capital investment. Overall, it has given UBL an unprecedented view of keg inventory.

Ramakrishnan exclaims triumphantly,” post implementation of this system, the visibility of kegs lying with customers at any point of time has been one of the biggest benefits. Using this information, the distribution team is able to improve collection of empty kegs resulting in faster turnaround time and increased float available for distribution.”

With all guns blazing, UBL plans to use RFID technology to track beer kegs in other markets like Pune, Delhi, Punjab, Kolkata, Hyderabad, Goa and Chennai in due course.
When kegs return well in time, they end up ready to serve the cheering pub hoppers. So it’s cheers all the way!