British businessman Peter Bloxham thought Christmas had come early when Chinese president Xi Jinping sat down in David Cameron’s local pub to sup a pint of Greene King real ale. Days later the phone was ringing off the hook with punters wanting to know where they could buy the beer that ‘Dada Xi’ – as the Chinese leader is affectionately known – was seemingly so fond of.

“The effect was colossal,” said Bloxham, whose company PFB Trading imports Greene King into China. “The two days after the event, our phone never stopped ringing. It was ringing day and night. All over China, agents, hotels, restaurants, they wanted IPA. And we haven’t got it because we never knew there was going to be such a demand. Actually it wasn’t all that popular here then.”

Why advertise with us
It is not the first time that President Xi’s taste in food or drink has prompted such a response. Local restaurants that he has favoured in the past have found themselves inundated as Xi’s cult of personality – which is far more prevalent than his predecessor, Hu Jintao – goes from strength to strength in China, spurred on by local state media’s blanket coverage of his coming and goings. 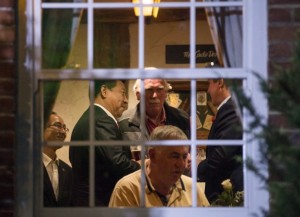 At Shanghai’s famous Boxing Cat Brewery, staff found themselves constantly approached for Greene King Ale, something of an annoyance for the brewery, which produces its own beers – including IPA. They have managed to persuade many of those who have dropped in that their own brew is just as good.

“People come in saying, ‘I’ve heard of this Greene King IPA’,” said Michael Jordan, Boxing Cat’s brewmaster, who hails from the United States. “We tell them we don’t have that, but we make our own IPA. They’ll want to try that.”

China has never been adverse to beer but the market has traditionally been dominated by light lager brands such as Snow, Yanjing and Tsingtao. In the early 2000s, importers started working with real ales from Europe and the US. Later that decade, microbreweries opened in large cities such as Beijing and Shanghai, attracting at first expat patrons and carving out a small but loyal niche.

But real ale – defined as beer that is unfiltered, unpasteurized and contains live yeast – makes up less than 1% of the Chinese beer market, industry experts estimate.

British styles in particular lag behind more popular German, Belgian and American beers. That might change now that the UK and China have signed a £100 million trade agreement to import 750,000 tons of British barley into China over the next five years.

China’s beer market, the world’s largest in terms of volume, will reach about 490 million hectoliters in 2015, about 10% less than last year, as the lower end of the market has become saturated, according to Beijing-based research firm Daxue Consulting.

While the Greene King craze might die off as Xi’s visit to Britain fades in the memory, real ale has a chance of growing organically to take up more of the Chinese market, some say.

“The Chinese are now more interested to spend money to have a nice quality of life – nice experiences, going to a nice restaurant, wine bar or beer bar where they can spend time with friends,” said Ben Cavender, an analyst with China Market Research Group. “Especially younger consumers in their 20s and early 30s, they’ve travelled more and are more interested in niche products and niche brands.”

The rise of microbreweries in China

In a small building near Beijing’s diplomatic quarters, Will Yorke and Thomas Gaestadius brew 12 varieties of beer at a time. They hover over a cylindrical boil kettle, measure the sugar concentration in the mash container, and taste beer that’s in the process of fermenting.

The two friends opened Arrow Factory Brewing in 2013 alongside their sausage restaurant in a Beijing alley. The tap room serves English IPA, stouts and ales among others. Their brewery is among a handful in the capital that serve local craft beers, and that have been expanding to multiple locations in recent years.

Yorke, who grew up near Guildford, Surrey, uses the brewing technique known as Burtonisation, which emulates the water used by brewers in Burton upon Trent.

Another nod to traditional British brewing comes from Great Leap Brewing, which has installed an Angram Beer Engine, used in the serving of real cask ales. The brewery opened in 2010 and has since expanded to three locations in Beijing.

But even though the microbreweries have built a steady and enthusiastic client base, their volumes can’t compare to those of mass beer producers. Yanjing, Tsingtao and Beijing Beer Asahi account for 20 million hectoliters a year on the Beijing market, according to Great Leap Brewing owner Carl Setzer. Beijing craft beer accounts for about 5,500 hectoliters.

“We are proud of that number, but we haven’t even made a dent in overall consumption yet… but we will,” Ohio-native Setzer said.

One hurdle against microbreweries’ expansion is that Chinese law does not allow beer bottles (or yoghurt containers, for that matter) produced on its territory to contain active yeast. Imported beers do not face the same requirements. Microbreweries are allowed to serve live beer only on their premises.

“Until that law changes or is relaxed, I can’t see any of us growing very fast,” Jordan of Boxing Cat Brewery said. “We’re all small companies, not too many employees, not huge budgets, and we’re trying to create a craft beer culture.”

Like elsewhere, more and more people have picked up home-brewing in China in the past few years. Beijing Home-Brewing Society has about 400 paying members, who form a group on the Chinese app WeChat. They meet at monthly events and help each other with advice and by lending equipment. There are about four Chinese to every foreigner in the group. 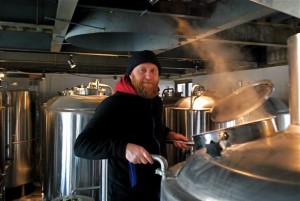 Li Qiang learned about craft beer five years ago when she was living in Yunnan province. She discovered that the beer served at the Bad Monkey pub in the city of Dali was different from lagers, and she loved it. She even visited the brewery and watched the pub’s British owners brew.

“At that time I thought it’s a boys’ game, not mine,” Li said. “There’s too much work involved.”

But after she moved to Beijing, she discovered the Home-Brewing Society and started attending events. In July, she brewed her first beer, a double chocolate cherry stout with a sour aftertaste.

Many Chinese start home-brewing not because it’s their hobby, but because it affords them a more sophisticated and more Western lifestyle, Li said.

“This age in China, it’s hard to differentiate between lifestyle and hobby. People are experimental; they want to try everything,” Li said. “People say, ‘I want to drink craft beer here, but I want to get really drunk on Yanjing beer.'”

Bloxham of PFB Trading sees a limit imposed by China’s drinking culture, which still revolves around lager beers and spirits such as the traditional baijiu.

Yet the Buckinghamshire toast is now fuelling his business. From 6,000 bottles of British beers and ciders that he used to import every month, now he’s waiting for three shipments totalling 75,000 bottles of Greene King IPA to reach the port of Tianjin this month.

“You can spend millions on promotion,” Bloxham said, “but a promotion of just one man and the prime minister drinking together, you couldn’t pay for that.”