Diageo is planning to open a manufacturing plant in Bali in a few months to produce its alcohol-free drink Guinness Zero. This is in line with the company’s new strategy in Indonesia, the world’s biggest Muslim-majority country, where drinking alcohol is a sin.

The move follows the regulation introduced by the Indonesian government earlier in the year that bans the sale of alcohol beverages in mini-markets and small shops. A few months later, Diageo introduced Guinness Zero in the country. It has spent about $1m (£669,960, €910,844m) so far on the launch. 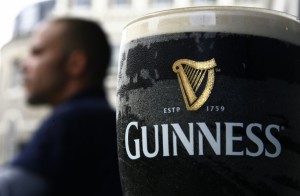 Graeme Harlow, the managing director of Diageo, said: “We already had plans to enter the zero-alcohol beer market. After the ban came in, essentially it made it even more important.”

The high production cost of Guinness Zero is Diageo’s most immediate hurdle as the alcohol-free drink retails at half the price of a can of regular Guinness beer. The new plant is aimed at bringing down this cost.

Until the new plant becomes operational, it will continue to import Guinness Zero from Ireland, which makes the drink expensive because of huge transportation costs and a 10% duty.

Another hurdle for the company is the competition from the country’s favoured Multi Bintang’s Bintang Zero, a light and lemony zero-alcohol beer. Apart from the Guinness and Bintang options, consumers have two alcohol-free options from Dutch brewer Heineken.

While Diageo has introduced its alcohol-free drink in other markets under other names such as Kaliber in the UK and Malta in Nigeria, in Indonesia, it will retain the Guinness brand name. “We wanted it to be Guinness-branded and we wanted the product to be distinctively Guinness,” Harlow said before adding that Guinness Zero will not be introduced beyond Indonesia.

Blaming the new Indonesian regulations, the company said that its net sales in Southeast Asia for the year ended June declined 28%, even as sales in the Asia Pacific region increased 64% year-on-year to £2.2bn.

Harlow said sales of Guinness and Diageo’s other alcoholic beverages have fallen 40% year-on-year, since the ban took effect earlier in the year. Though the company is still selling its regular Guinness in large supermarkets and restaurants, the number of total outlets where it is available has reduced from about 70,000 to just 40,000 as a result of the ban.

The London-headquartered alcoholic beverages company currently has about a 15% share in the Indonesian beer market with sales of about 400,000 hectolitres. Until 2014, the country was its fifth biggest market for Guinness.