On 8 January 2016, in Hanoi Habeco Corporation held a conference where has summarized the results of their work in 2015 and shared the plans for 2016. 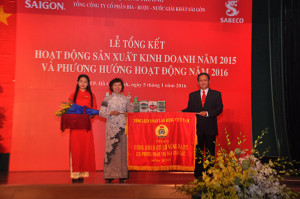 The corporation improves the quality of the beer and its image. Despite increasing competition, Habeco has set more ambitious goals, for 2016. The company expects to release 715 million litres and increase the production value to 10.79 billion dong.