Food and beverage companies are increasing production in Vietnam to meet the strong demand in this country.

Masan Consumer has officially opened its fish sauce and instant noodle factory in Nghe An in November. 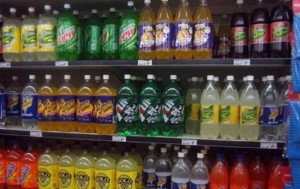 The new plant was built at a total cost of $56.4 million and is the first plant located in the central region of Masan. With this advantage, Masan will be able to cut the cost of transporting up to $18 million in the next 10 years.

A leading food manufacturer of Taiwan – Ve Wong – and Kinh Do also signed a cooperation agreement in May and are preparing to open a factory in Vietnam.

The plan is spending $30 million for a new plant to produce instant noodles and seasoning in 2016 in Bac Ninh province. Three other factories will be placed in the southern provinces.

The world’s largest brewer of Belgium – Anheuser-Busch InBev – also opened its first factory in Vietnam in May last year. Budweiser – one of the company’s beer brands – is becoming more popular in Vietnam.

The company hopes to expand the brand’s market share further by producing locally. The new plant will be located in Binh Duong,with an annual capacity of 100 million liters of beer.

A Vietnamese firm Sabeco also spent $27.5 million dollars to build a new beer factory in Khanh Hoa province. Reportedly this factory will be completed in spring 2017 with a capacity of 50 million liters per year.

Vietnam has a population of 93 million with an average age of 28. While labor costs are being pushed higher, the inflation rate of Vietnam in around 1% or less in the past year. Currently, stable prices are pushing consumption, mainly in the middle class.

“In the future, the market of food and beverages in the country will witness stable growth rate at 7-8%,” said Mr. Nguyen Van Viet, President of the Vietnam Beverage and Soft Drinks.

The Association of Southeast Asian Nations (ASEAN) also launched the ASEAN Economic Community on December 31, 2015 with commitment to breaking down all the barriers of tariffs by the end of 2017.

Finally, Vietnam is now considered a country with a promising consumer market promise for foreign investors.