The Ministry of Corporate Affairs has sent a notice to United Spirits Ltd, now majority owned by British liquor firm Diageo, asking why action should not be taken against the company, its former directors and officers, which include its chairman Vijay Mallya.

The Ministry’s notice to USL came on January 11 after it investigated the books of USL, which was under cloud for diversion of funds to group firms including the defunct Kingfisher Airlines, USL informed the Bombay Stock Exchange on Wednesday. 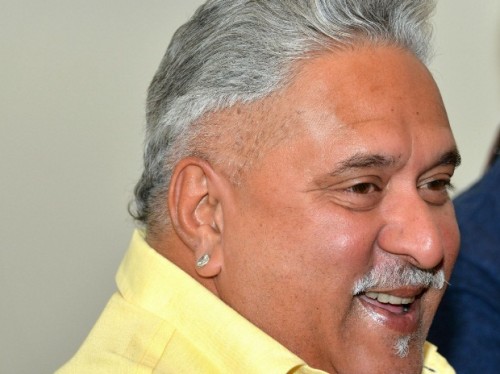 USL has reported that financial irregularities and fund diversion when Mallya ran the company has cost USL over Rs 7,200 crore. The USL board has recommended to Diageo to evict Mallya from the company, after it lost confidence in him due to the fraud.

USL also said the promoter director of USL, without naming Mallya, has assured the spirits company board that he would ensure the operations of the company would not be impacted due to the wilful defaulter notice by banks on him. Mallya is also the chairman of United Breweries, United Breweries Holdings Ltd and the defunct Kingfisher Airlines.

“The Reserve Bank of India’s Master Circular on wilful defaulters along with certain covenants in the loan agreements sanctioned by the company’s bankers raise an uncertainty on the impact of this development on the availability of credit facilities of the company,” said USL.

Mallya has been declared wilful defaulter by State Bank of India and Union Bank of India for not repaying the loans, but got a stay from the Calcutta High Court on the status on technical grounds.

USL got shareholder approvals on January 22 to inform the board of industrial and financial restructuring (BIFR) that accumulated losses as on March 31, 2015 was Rs 5,045.45 crore, nearly 86% of its net worth of the previous financial years. Besides, the firm had made provision of Rs 2,082 crore due to losses and doubtful debts during last fiscal. USL also said that the firm is on path to recovery with its net worth improving to Rs 1,667 crore as on September and would not declare itself sick.

Mallya, who has said that his priority is to settle Kingfisher dues has 3.76% shares in United Spirits, of which almost 2.21% is pledged with banks.

United Spirits, the Diageo controlled liquor firm reported 45% drop in third quarter profits to Rs 40.95 crore, while it showed 22% growth in revenue to Rs 2650.58 crore on higher sales of premium products from the British liquor firm stable in the Indian market

USL had reported profits of Rs 74.93 crore on revenues of Rs 2177.22 crore in the October to December period last year.