The world biggest drinks company is an unlikely victim of the slowdown in the Chinese economy, says Questor.

Diageo’s slight rise in sales yesterday was just enough to appease investors who have become impatient after two years of lacklustre performance.

However, Questor is concerned about the impact from a collapse in the value of currencies in important growth markets such as Brazil, Mexico and across Asia.

Investors in the spirits group, which is best known for Johnnie Walker whisky and Smirnoff vodka, have enjoyed fantastic returns over the past two decades, with the share price more than doubling.

The FTSE 100 company benefited after emerging markets got rich on the Chinese-driven commodity boom. As disposable incomes grew, businessmen across Latin America and Asia reached for bottles of Johnnie Walker to toast their success.

Diageo is now suffering from a reversal of those good fortunes as the Chinese economic slowdown and strength of the US dollar cause a sharp devaluation of currencies across Latin America and Asia.

Venezuela is a small part of the Diageo business, but it offers an example of the issues facing the wider group.

Diageo’s sales in Venezuela for the six months to the end of December fell 94pc from the same period a year earlier.

The spirits and beer maker showed organic net sales growth – which excludes currency and acquisitions – of 1.8pc, and sold 1pc more bottles of alcohol in the first half of 2015.

However, this was all eaten up by falling currencies. The reported net sales declined by £294m to £5.6bn, while operating profit before exceptional items was down £122m to £1.7bn. 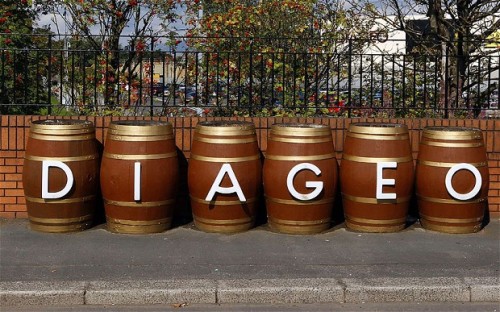 Kathryn Mikells, the new chief financial officer who replaced Deirdre Mahlan last year, said the problem of distributors in Latin America and Asia buying up stock ahead of currency falls has now largely cleared. The destocking was a painful process that led to a sharp slowdown in Diageo’s overseas trading last year.

Ms Mahlan is now in control of the North American market that remains Diageo’s largest, contributing a third of total sales. Strong whisky and bourbon revenues offset a 40pc slump in Ciroc-flavoured vodka.

Europe remains an incredibly tough market, with sales across the continent – and in nearly all key brands – declining in the first half.

The sale of the Red Stripe lager brand and US wine interests saw net debts fall to £9.2bn at the end of December, from £10.7bn a year earlier. That is against shareholder equity of £8.1bn.

Diageo’s shares have largely gone sideways for the past three years. The company is showing some signs of improvement, but not enough to warrant a rating of 21 times forecast earnings.

The shares are no better than a hold for the income.