Woolworths is being trounced in hardware and beaten in supermarkets but its liquor business is still performing strongly, and has just struck an exclusive deal to sell the biggest beer brand in the world for the first time in Australia through its outlets. 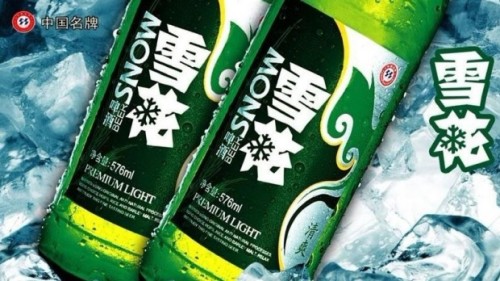 Snow is the biggest beer brand by volume in the world and holds a commanding 23 per cent market share in its home country of China, where it is brewed by a state-backed entity called China Resources Snow Breweries, in which British beer conglomerate SABMiller holds a 49 per cent stake.

China Resources Snow Breweries has struck similar distribution deals to expand the reach of Snow in Hong Kong and South Korea, with the beer now made in 90 breweries across China.

The general manager of Woolworths’ Dan Murphy’s superstore chain, Campbell Stott, says there had been repeated requests from the Chinese community in Australia for the business to begin stocking the beer.

“It’s clear there’s been an appetite for Snow in Australia,” Mr Stott says.

The large number of tourists visiting China and the regular procession of Australian business travellers had also been behind the decision to strike a distribution arrangement.

“It’s been the most requested product on social media for the past two years, with members of the Chinese community as well as Australians who’ve travelled to China asking us to add Snow to the range”. Woolworths will also begin selling Snow in its 1266 BWS liquor outlets in the next few months, after initially stocking it in the 204 Dan Murphy’s outlets.

Pricing just above Heineken and Peroni

The retailer’s pricing of Snow puts it just above popular brands Heineken and Peroni. But at $44.90 a case for Snow, it is well below the premium commanded by Australia’s No.1 imported beer, Corona, which is selling for $55.99 per case in Dan Murphy’s outlets.

Corona is one of the stable of global brands owned by Anheuser-Busch InBev, which is seeking approval from competition regulators in a number of countries to proceed with a $152 billion global mega-merger with SABMiller, which in Australia owns the former Foster’s Carlton & United Breweries business which makes Victoria Bitter and Carlton Draught.

China Resources in December, 2015 hired several investment banks to advise on a potential buyout of all or part of SABMiller’s 49 per cent stake in the Chinese brewery operations because it is likely that SABMiller would need to sell down its stake in the maker of Snow to satisfy Chinese competition regulators, as part of the global Anheuser-Busch InBev takeover.

SABMiller and China Resources began their partnership in 1994 with two breweries, and booming demand has resulted in expansion to a network of 90 breweries across China.

The Australian Competition and Consumer Commission is conducting a two-month review on the local impact of the global mega-merger and intends announcing its decision on April 14. The main focus is the licensing deal for Corona, which has a market share of 5 per cent in Australia, and is likely to shift back to Anheuser-SABMiller if the merger succeeds, after rival Lion took over the Australian rights to Corona in 2012 under change of control of clauses. Foster’s was taken over by SABMiller in 2011 in a $12.3 billion deal and had held the rights to Corona in Australia for the previous 22 years.