Masan Group Corporation yesterday reported a revenue of VND30.6 trillion (US$1.37 billion) in 2015, as an increase of 90 per cent over the previous year, in HCM City. 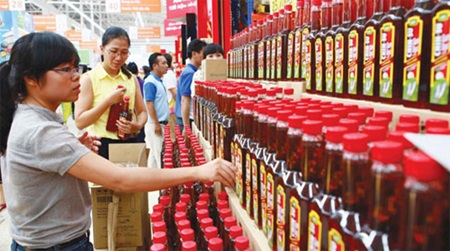 The growth in 2015 was mostly contributed from consumption-related businesses, Masan said, and added that of the whole revenue, Masan Nutri-Science contributed VND14 trillion ($626.9 million). In which, the branded food and beverage businesses grew 4.7 per cent within the year, supported by the growth of 20.5 per cent of Vinacafe and three time bigger growth over 2014 of beer business.

According to the group, it made a $1.1 billion landmark partnership with Thailand’s Singha Group to form a strategic partnership to better serve 250 million consumers in ASEAN with a broader portfolio of branded food and beverage products, in which Singha agreed to invest $1.05 billion in Masan Consumer Holdings (MCH) for a 25 per cent of stake and another $50 million in Masan Brewery for a 33.3 per cent of stake.

Overnight, Masan gains access to the Thai market with a strong partner, the first step in the group’s greater objective of winning in Inland ASEAN including Viet Nam, Thailand, Myanmar, and Cambodia, in addition to Laos, whose consumers share similar tastes and preferences.

Established in 2000 in HCM City as a private enterprise, the group has worked in the food and drinks, banking and mineral mining sectors.