Anheuser-Busch InBev may get a chilly reception from Chinese regulators if it moves ahead in keeping the CR Snow beer brand in its portfolio. Image source: China Resources.

Chinese brewer CR Snow may be among the most valuable assets in SABMiller’s portfolio of brands, so it’s understandable that Anheuser-Busch InBev — which is planning to acquire SABMiller – would be reluctant to sell it despite conventional wisdom suggesting it will have to do so if it wants to get regulatory approval from China for the deal. But the brewer may be forced to sell the brand thanks to an apparently forgotten provision of a document it signed back in 2008 when InBev bought Anheuser-Busch.

Worth all the tea in China 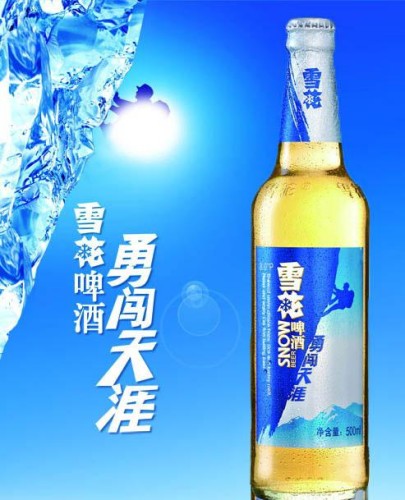 CR Snow is China’s largest brewer, owning 30% of the beer market, with Anheuser-Busch InBev being second with an 18% share. Other significant brewers include Tsingtao Brewery, in which AB owns a 27% stake, and Beijing Yanjing Brewery. Danish brewer Carlsberg also has a big presence in China.

Snow is a joint venture between Miller and state-owned enterprise China Resources, which has a hand in a variety of commercial businesses in China, including retailing, food processing, and even real estate. They bought the brewery business from Heineken in 2011 and it was stipulated at the time that if there was ever a change in control at Miller, China Resources would have the option of buying out the 49% of the venture it didn’t own before other avenues were pursued.

That means the SOE will control any future decisions regarding the brewery even though, as The Wall Street Journal reports, Anheuser-Busch InBev wants to hang onto the brewer and actually has no problem if China Resources controls the business, so long as it can keep operating it.

There’s little wonder why a company would want to hang on to CR Snow. China is the largest beer market in the world and CR Snow is the country’s biggest brewer by volume. Though profit margins in China are very slim compared to the rest of the world, Anheuser-Busch reportedly thinks by keeping the brewer it will be able to raise prices and profits. Miller reportedly generates 2% of its operating profits from Snow.

But all of AB InBev’s angling to keep its finger in the pie may be for naught because of a document it signed at the time of its own merger.

The Chinese Ministry of Commerce (MOFCOM) had doubts about InBev buying Anheuser-Busch at the time not so much because of anti-competitive concerns, but rather concerns about what could happen in the future. To get MOFCOM to sign off on the deal, AB InBev agreed to several conditions:

If they tried to do any of this, they had to first notify MOFCOM of their intent and then had to get the Ministry’s prior approval before moving forward.

This was apparently the first time MOFCOM had instituted stipulations under China’s anti-monopoly law, or AML. By limiting their ability to increase ownership in any domestic brewer, authorities signaled they will be exceptionally sensitive to AB InBev keeping CR Snow.

Anheuser-Busch’s desire to be able to raise prices and own as much as half the beer market in China would seemingly raise many red flags at MOFCOM, and by having agreed to terms at the time of its own merger that limits its future actions, Anheuser-Busch InBev may have signed away its chances of ever owning CR Snow.