United Breweries Ltd’s fiscal third-quarter profit beat analysts’ estimates by a wide margin on a 13% surge in beer sales in terms of volume. 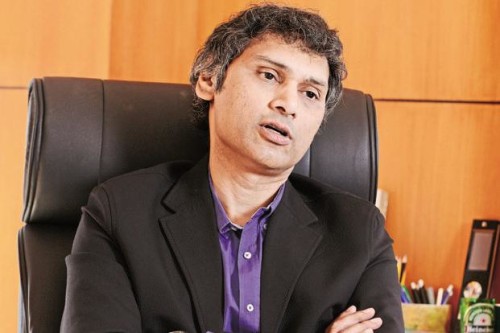 In an interview, managing director Shekhar Ramamurthy talks about recovery in the beer market, speculation of a takeover, the impact of the liquor ban in a few Indian states and his expectations from the Union budget.

What is helping the recovery of the beer market?

It is a combination of things: volume growth, input prices being stable and the fact that we had a good state mix. Having a good state mix is important because we make different margins at different price points in different states. There is (also) a base effect that the third quarter of the previous financial year last year was difficult.

Which markets drove sales in the third quarter?

If you look at North (India), which had a relatively warmer winter than usual, we had good growth in Rajasthan and Delhi.

Kerala has been growing for us the entire year. Beer is being allowed to be sold in bars and spirits are not. So that market continues to grow.

Telangana has grown in the third quarter because new licences came in on 1 October. Maharashtra and Karnataka have had single-digit growth. So, a combination of all this has given us double-digit growth. All in all, we are seeing a mild recovery.

Do you see a good fourth quarter too?

The third quarter is a precursor to the season, and we are quite hopeful that the fourth quarter will be similar to the third quarter, probably not double-digit growth, but 6-7% growth.

How do you see the AB InBev-SABMiller deal affecting you? Do you worry about losing share in emerging markets?

As far as we are concerned, it’s business as usual. We always have a pipeline of new products, because we have to cater to new emerging consumer profiles and constantly changing consumer palate. It just so happened that we had Max and Buzz this year.

There is speculation about Heineken eyeing control of United Breweries.

Every time we have a quarterly result, this comes out. Like we have clarified and the chairman has clarified, this is pure speculation.

But Heineken has raised its stake in your company.

Some analysts say if Heineken was to buy a majority stake in UB, it will trigger an open offer and a possible delisting?

I don’t see anything happening. If anything was to happen, our chairman would tell you.

So how is the Heineken portfolio growing under you?

It’s truly a global brand, growing at 40% annually albeit at small volumes. As long as it keeps growing at this rate, there will be a time when it will become big.

Carlsberg has been growing at a rate far superior than the market. Will they eat into your share too?

Carlsberg India Pvt. Ltd has indeed grown. The brand that has grown on their side is Tuborg Strong. They have been investing a hell lot of money on brand, on packaging, trade discount. They are in the very heavy investment mode, but they are clearly making losses.

Their mandate is to invest to grow, and yes, SABMiller is finding it difficult to hold their place; the way we see it, there will always be competition.

We are very focused on the consumer, on the market and on the brand. We continue to sustain market leadership.

How will prohibition in Bihar affect you?

We are having conversations with these state governments saying that whilst we are sympathetic and objective of the effects of liquor, it is an urban product and if poor people cannot consume it (because it is not so affordable), then you are not in the space of causing social evil.

The category which causes this kind of trouble is country liquor. They should discontinue that. But Bihar has gone the whole hog and not only discontinued country liquor, but also closed down 70% of the shops.

So we won’t come back on our investments, we have a brewery and we continue to manufacture. We are hopeful they will be more rational.

So do you see volumes dipping there from 1 April?

It is becoming a big market now. It’s No.3 in eastern India.

What are you expectations from the Union budget? What are your thoughts on the alcohol industry lobbying for inclusion in goods and services tax (GST)?

Union budget impacts us only in the cost of input materials, but that’s also a big issue if government decides to raise duties on input material. Our business gets impacted by state budget, which will happen in the course of February to April.

The way it is today, we have been kept out of GST as a category. That’s going to have a big impact on our business.

We believe that in the current scenario there will be growth in the industry of 5-7%.