The warming in the provinces of Nghe An and Ha Tinh has caused an increase in demand and prices of beer. The retailers managed to sell existing stocks of beer during the three-day celebration of the Tet (New Year). 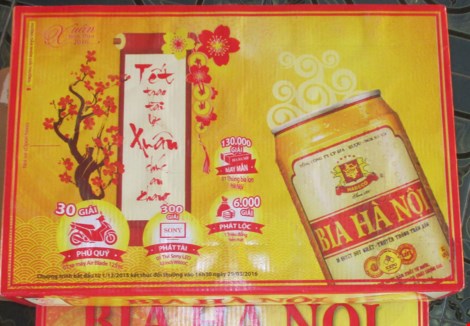 Representatives of many retail stores Vinh City (Nghe An) say that the cold weather before the New Year did not allow to make large stocks of beer and refill them during the Lunar New Year was very difficult. This led to shortages of goods, as demand for beer in the New Year has risen sharply compared to the previous period.

Besides the fact that the beer in Vietnam is a traditional New Year drink, weather factor was in play too. After a long period of cold weather, a long-awaited heat came in Vietnam, which contributed to active beer buying.