In contrast to China, where the beer market continues to fall, the brewing industry in Vietnam shows excellent results. Based on the results of 2015, the volume of beer production has increased by 7.2% to 33.84 million hectolitres. In 2014 this figure was 31.58 million hectolitres.

In particular, March 2015 was a record for the Vietnamese brewers. At that time they produced 2.34 million hectolitres of beer, which is 17.2% more than in the same period last year. In December 2015 the growth of production amounted to 12.1%. 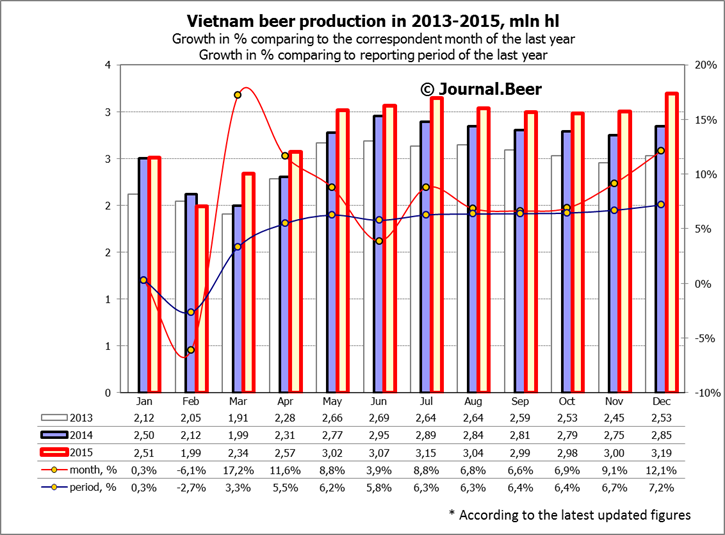 For the Vietnamese beer is not just a refreshing drink, but an important part of the culture of consumption. Not surprisingly, the January price increase had less impact on the volumes of production and consumption.

Despite the introduction of special consumption tax in January 2016, the month was very productive for the brewing industry of Vietnam. It was brewed 2.89 million hectolitres of beer, which is almost 15% more than in January 2015. Comparing the rates of growth of the industry, there was only a slight slowdown in 2015 (in 2014 the growth was 8.58%).