The last two years were not an easy period for Chinese brewers. Some analysts and business publications say about the unexpected decline in the industry. Look at the situation historically.

Based on the last 10 years, we can see the following situation. In the period from 2005 to 2007, the production of beer in China grew at double digit rates. With the 2008 crisis, the rate has slowed dramatically, and then sharply renewed. But after the peak in 2011, the industry has demonstrated stably low rates of growth until 2014, when the first decline occurred. From that year, the operational data on the dynamics of beer production were mostly negative. 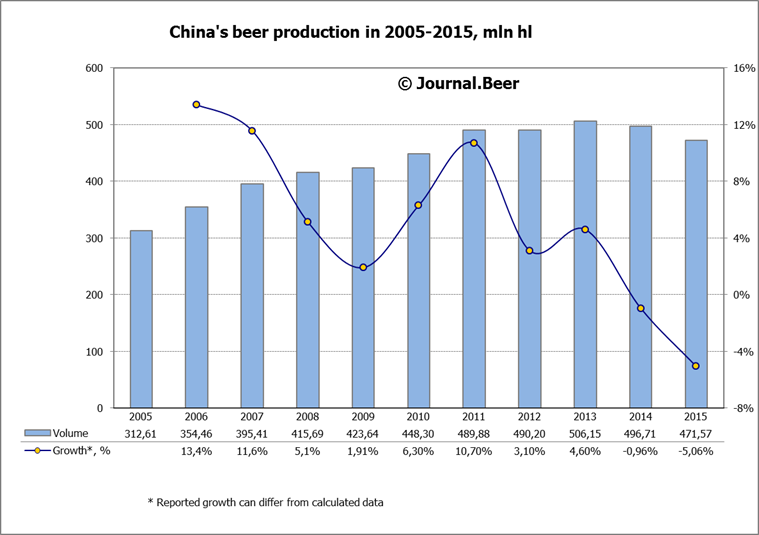 Thus, the year 2014 was a moment when the problems of the Chinese brewing became evident. However, since 2012 there has been a future decline in the industry.