Days after Punjab National Bank declared him a ‘wilful defaulter’, embattled businessman Vijay Mallya today appeared defiant saying “PNB is not the only bank and he will do what he has to do”. 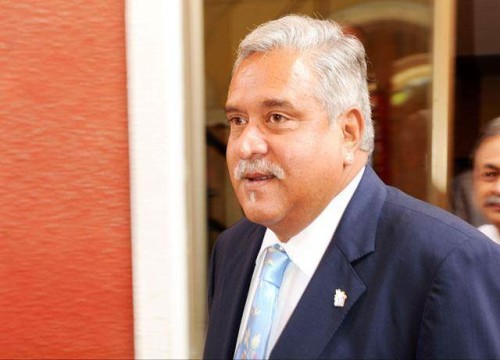 Known for his flamboyance and hosting lavish parties even when his companies have been declared defaulters by lenders, Mallya also said everybody has his own “perception” about his lifestyle and he would not comment on it.

He, however, maintained his future action was to achieve settlement with banks.

Talking to Times Now news channel, Mallya said PNB was “not the only bank” and he “will do what he has to do.”

He said he had “no comment to make” when asked about RBI Governor Raghuram Rajan’s recent comment on lavish birthday parties thrown by loan defaulters.

“Listen everybody has their own perception. I don’t want to comment,” he said when asked about his lifestyle.

Mallya said he would not comment on PNB, which had loaned Rs 800 crore to his now defunct airline, declaring him a wilful defaulter. “I have no reaction at all. I don’t comment on these things,” he said.

“I have no comment to make,” he said. “My only future (course of) action is to achieve settlement with banks.”

He, however, refused to say how he would achieve that or the timeframe in which he would pay up outstanding loans.

“That is it. I have nothing more to say,” he said when asked how he plans to reach a settlement with banks.

Asked about the timeframe for repaying loans or reaching a settlement, he said, “why are asking me the same question in 10 different ways.”

Pressed how he plans to achieve settlement with banks, he said, “why are you bothered about my business, please.”

When pointed out that questions are being raised because it involved tax payers public money, he said, “Listen, I am making all possible efforts to settle with the banks. Thats all I am prepared to say.”

Asked when he would clear every penny that he and his companies owe to bank, Mallya said, “Listen, why are you going on and on. Are you the Government of India or are you the RBI Governor asking me all the questions.”

When told that these are the questions that RBI has asked, he said, “fair enough. If RBI asks me any question, I will respond to the RBI.”

Asked about PwC report alleged fund diversion, he said, “I don’t want to answer about anything. I have not commented to the media and I don’t want to comment.”

In April 2015, Diageo-controlled USL Board said it has “lost confidence” in Vijay Mallya after an internal probe and a forensic inquiry by PwC revealed alleged fund diversion to Kingfisher and other UB group entities.