Hugh Hefner’s Playboy Enterprise, which also publishes the popular men’s adult magazine, today launched its first Playboy Beer Garden in Pune, with a total investment of Rs 5 crore. PB Lifestyle, which is sole master and exclusive license holder of Playboy in India, will invest another Rs 50 crore over the next three years for expanding the business. 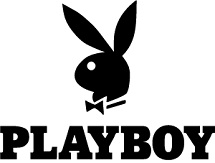 “PB Lifestyle does not have a licence for the magazine. We have nothing to do with Playboy magazine. We are designing a fantastic fusion of fine dining, entertainment, music and some freshly brewed beer. We are trying to bring high standards to Indian beer cafes,” said Parag Sanghvi, chairman, PB Lifestyles.

The company has three set formats that include beer gardens, cafes and night clubs. “We plan to open four night clubs, six cafes and 11 beer gardens in tier-I and tier-II cities of India,” said Sanghavi.

After opening its first club in Hyderabad and its beach club in Goa, the flagship club is opening in Mumbai in April 2016. Located in upmarket area of Worli, the Mumbai Club promises to raise the bar of parallel formats in India.

Pune’s Playboy Beer Garden would be followed by a 12,000 sq ft beer garden in Bangalore in the third quarter of 2016. The company is eyeing business of Rs 45 lakh per month for tier-I cities and Rs 65 lakh for metros. It is also targeting revenue of Rs 135 crore by end of 2018. According to Sanghvi, the F&B business in India, which currently worth $16 billion, has huge market potential.

The design of the garden in Pune replicates the communal Oktoberfest beer benches, chiller tables and luxury seating that can collectively accommodate over 400 people. The garden serves food from around the world with its signature Hef-Burger along with major brands of beer.

In India, Playboy will compete with The Beer Cafe run by Delhi based BBT Marketing, owns 29 outlets across 10 cities, including Mumbai, New Delhi, Chandigarh, Bengaluru, Amritsar, Gurgaon and Pune.

Globally, there are many beer chains like Belgian Beer Cafe and World of Beer. In the UK, the large bar chains include J D Wetherspoon (over 920 outlets), Punch Taverns (4,000 outlets) and Galaxy Pub Estate (1,380 outlets).