Recently ThaiBeverage Public Company Limited have presented their performance in 2015. The total sales revenue has grown 6.2% to Baht 172,049 million.

In 2015 the company had satisfactory growth of net profit from continuing operations that grew 5.5% to Baht 22,616 million.

According to the report impactful beer launch drove both top line and bottom line of beer business.

On 19 August 2015, the company launched the new look Chang Classic bottle. The bottle’s colour has also been changed from amber to green. The new Chang Classic will be only a 5.5 percent of alcohol, down from 6 percent of alcohol previously. The new beer is a part of the company’s strategy. In addition, the company discontinued several beer products – Chang Light, Chang Export and Chang Draught and consolidated all its beers under the Chang Classic brand in line with its vision to become a “sustainable leader” in the beer market in ASEAN by 2020. 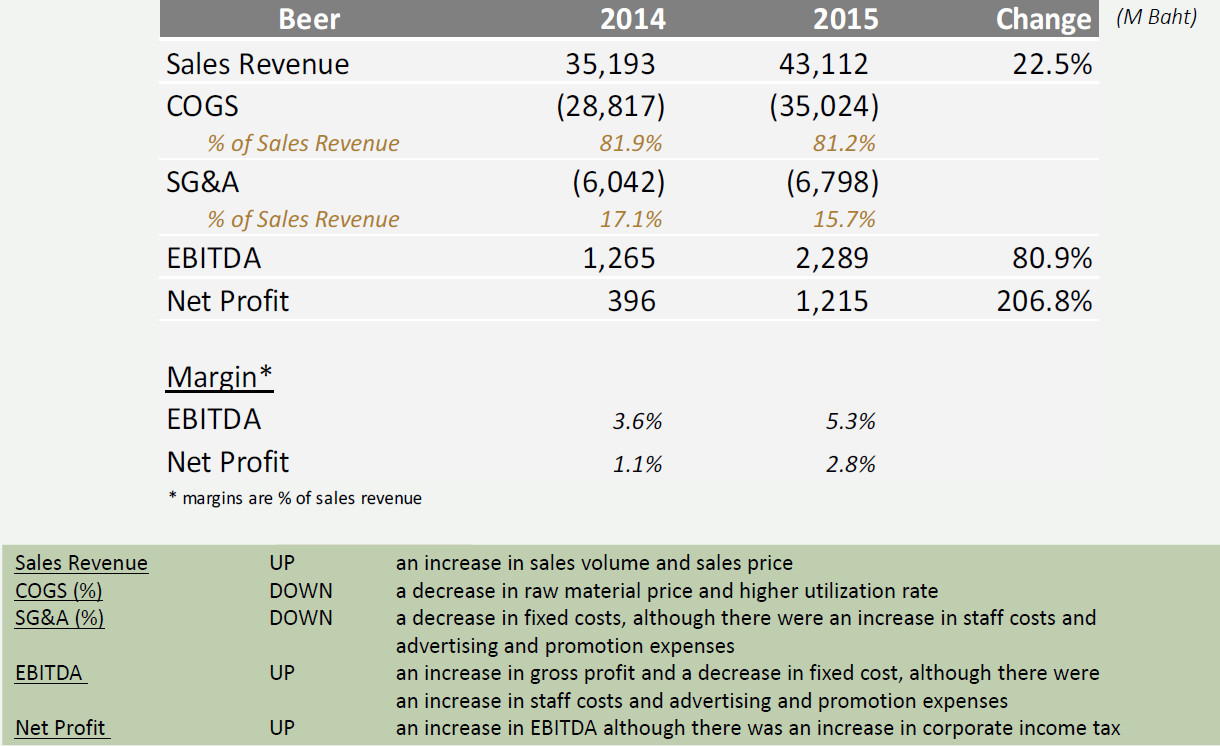 The beer sales performance is a great achievement taking into consideration the overall company sales. For example, ThaiBev net profit in spirits, non-alcoholic beverages and food decreased by 0.7%, 23.3% and 23%, respectively.

It is worth noting that beer sales account for over 25% of the overall company sales.

According to the updated information sales revenue grew 7.3% driven by both currency translational impact and organic growth. The organic growth of 2.2% was driven by the growth momentum in ASEAN.