Beverage companies seek to delay until the beginning of 2017 the application of amended regulations on calculating their special consumption tax, claiming they need more time to adjust their production plans. 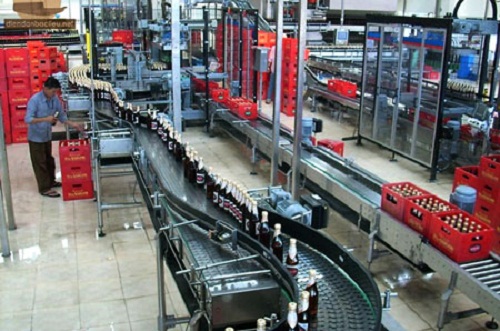 According to Decree 108/2015/ND-CP and Circular 195/2015/TT-BTC, which came into force just over two months ago, the special consumption tax on producers would be calculated based on the price that its member distributing company sold to sales agents and the taxable price must be lower than 7 per cent compared to the agent’s monthly average end selling price.

Nguyen Van Viet, chairman of Viet Nam Beer Alcohol Beverage Association, said that the price gap being capped at 7 per cent would cause administrative procedures to become more complicated for companies.

“Beverage companies need time to adjust their production plans,” said Viet, adding that implementation of the two documents should be delayed until January 1, 2017.

Nguyen Hong Linh, general director of Ha Noi Beer Alcohol and Beverage Joint Stock Corp. (Habeco), said that having the price gap between sales agent and distributing company capped at 7 per cent, instead of current 10 per cent, would make it hard for distributing companies to cover their operation costs.

The regulation would also cause difficulties in compliance, as the price of beverage products often change seasonally.

Participants at a conference yesterday urged the Government to revise the regulations on calculating the special consumption tax for companies that operated under a holding company model in order to create conditions for them to operate efficiently.

Le Hong Xanh, deputy director of Saigon Beer-Alcohol-Beverage Joint Stock Corp. (Sabeco), said that the new regulations would increase tax pressure on companies and might cause a decline in revenues as well as contributions to the budget.

Dau Anh Tuan, from the Viet Nam Chamber of Commerce and Industry, said that the issuance of legal documents must have an appropriate roadmap, adding that sudden amendments might force companies to face the risk of losses or even leave the market.

The two legal documents were issued months after the audit watchdog proposed that Sabeco pay an additional VND408 billion (US$18.2 million) in special consumption tax for 2013.

Sabeco distributed its beer products through several intermediaries, from a subsidiary, Sabeco Trading Joint Stock Company, in which it holds a stake of 90 per cent, to regional trading companies, before selling to dealers and consumers.

The association earlier this year said that the beverage industry contributed VND30 trillion to the State budget last year.