As the mercury soared to above 38 degree Celsius in the city, sale of beers is set to rise as well.

Officials from the department of prohibition and excise are hoping that an average of nearly 2,500 to 3,000 beer cases will be sold daily in the city during the summer as against the average daily sale of 2,000 beer cases during the rest of the year. 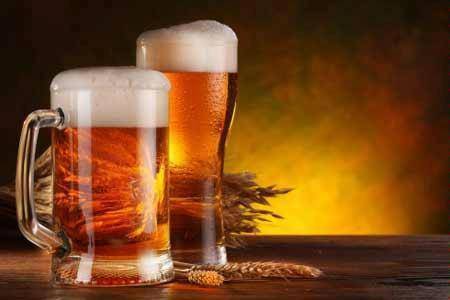 “Beer business depends on the weather. If it is hot, then sales will pick up. Whereas sale comes down during the rainy season. As this is summer, beer sale is gradually picking up and we have sufficient stock to cater to the needs of consumers,” V Sudhir, excise superintendent for Vizag city, said.

Sudhir further explained that the department earned Rs 437.12 crore this fiscal as on February 29 against the previous fiscal’s earning of Rs 400.11 crore. “The department already crossed the previous year’s sale by February, that too by additionally earning around Rs 37 crores,” Sudhir said.

Apart from beers, the sale of Indian Made Liquor (IML) cases also registered a growth this fiscal. The department registered total sale of 9,10,776 IML cases in the last fiscal against 9,47,755 IML cases sold this fiscal by the end of February. About 36,979 IML cases were sold more this year.

On the other hand consumers said that violation of maximum retail price (MRP) by the traders is a major concern among consumers in the city. “Traders openly sell beyond the MRP rates. Excise and all enforcement agencies are well aware of it, but no action is taken against them. This despite the excise minister instructing the officials to keep a track of the MRP violators,” said regular consumer P Ramamohan of Siripuram. He said the traders collect Rs 10 to Rs 15 more for each liquor bottle and beer.

When contacted, excise department’s deputy commissioner Ch Gopalakrishna said the department is closely monitoring the MRP violations by the traders. On Monday, it had booked five cases including three in the city against violators, he said.

“The department is installing a tracking system called Hedonic Path Finder System (HPFS) in all wine-shops and bars within its limits to check violation of MRP in sale of liquor and other illegal practices of traders in the business. The process is in the final stage of completion. Once the system is completely operational, we will be able to check the MRP violation menace,” Goapalakrishna added.

Regarding the sales, Gopalakrishna said that the department has enough stock of beers and IML till April 15. “This apart, we have requested the AP Beverages Corporation Limited to send excess stock to the district to meet the demand of the consumers,” he said.