Even as a consortium of banks led by State Bank of India (SBI) is struggling to recover loan dues amounting to Rs 9,091 crore from UB Group chairman Vijay Mallya, the Commercial Taxes Department of Karnataka has issued an order to recover tax dues amounting to several lakhs of rupees from Mallya-controlled United Breweries Limited (UBL). 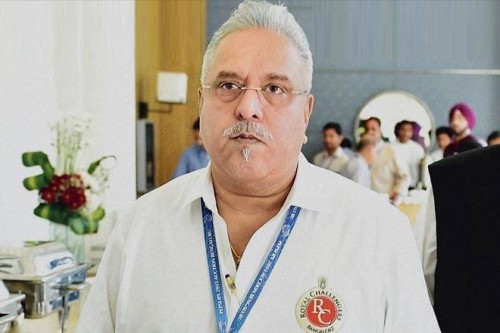 Vijay Mallya as the chairman of United Breweries holds 35.8% stake in the company (as on March 31, 2015), while Dutch brewer Heineken holds 42.4%. Mallya left India early this month as banks sought a court order to confiscate his passport and arrest him for not paying their dues.

“The notification (No. FD 11 CET 2002(1) dated March 30, 2002) provides for levy of entry tax in respect of raw materials and inputs, which are used in the manufacture of tobacco products and liquor. Hence, arecanut, tobacco and any other agricultural produce brought into the local area for the manufacture of liquor and tobacco products such as beer, cigarettes, cigar, gutka, churuts, zarda and quimam pan masala or any other products which can be classified as liquor or tobacco products are liable for entry tax,” a circular issued by Commissioner of Commercial Taxes said.

In the circular issued recently, Ritvik Pandey, Commissioner of Commercial Taxes has instructed the department officials to impose 1% entry tax on raw materials brought into the local area for manufacture of liquor by the company.

Despite repeated attempts, the management of UBL was not available for a comment.

“All the assessments/re-assessments concluded by the assessing authorities allowing exemptions as agricultural or horticultural produce are to be reopened and reassessed in the light of the order of the division bench of the High Court of Karnataka under the provisions of the Act,” Pandey said in his circular.

The commissioner has also instructed the department officials to take up all the cases of the respondents (United Breweries) for the previous years wherever exemptions are allowed for reassessment on priority and levy the penalty and interest as existed at that point of time for the relevant years of assessment or reassessment.

The enforcement authorities have been directed to take immediate action to cull out information and take up inspection and conclude the proceedings as early as possible and send the reports to the concerned offices to take up assessment proceedings against the company.

“Even though barley is an agricultural produce, it is liable for levy of entry tax when used in the manufacture of liquor at the rate of 1% as per the notification issued by the government on March 30, 2002.

The department is right in ordering for the payment of tax arrears from the defaulting companies,” said B T Manohar, chairman, state taxes committee, Federation of Karnataka Chambers of Commerce and Industry (FKCCI).