Despite opening of toddy shops, Telangana has created a new record in sale of liquor and beer. Over five crore cases of Indian Made Foreign Liquor (IMFL) and beer were sold in the ten districts of Telangana till February. Another 10 to 15 lakh cases are expected to be added in March, this year. The sales of liquor and beer fetched Rs 11,450 crore to the state government so far. 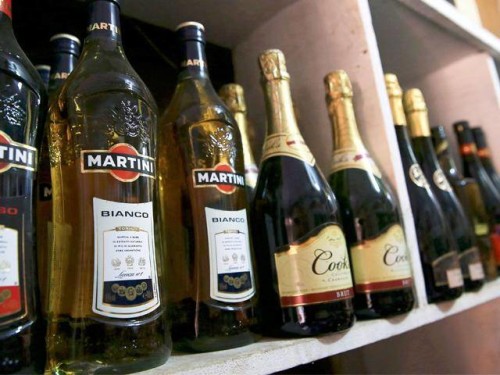 Interestingly, the state government has claimed it has released Rs 4.4 crore for ‘anti-liquor campaign’ in the state. Of the Rs 4.4 crore allocated in the budget 2015-16, about Rs 2.68 crore was paid to electronic media and another Rs 40 lakh for TSRTC for propagating messages on the ill-effects of alcohol consumption, especially on the illicit liquor and anti-Gudumba campaign.

“The sale of liquor has gone up by 15%. The revenue earned through the sale has gone up by 16% compared to last year. Among the districts, Ranga Reddy contributes 20% of the sale and revenue,” T Beverage Corporation general manager M Santosh Reddy told TOI.

According to the report submitted by the excise department to the assembly, from April 2015 to February this year, 2.16 crore cases of liquor were sold against the last year sale of 1.85 crore cases. Similarly, 2.97 crore beer cases were sold by wine shops as against 2.82 crore sold during the same period last year.

Analysts say the state government was promoting the sale of liquor as it is the second largest revenue to the state after commercial taxes department. The excise revenue mainly comprises excise duty levied on alcoholic products, lease amounts from shops and license fee collected from distilleries, breweries and bars.

“The revenue from the excise was between Rs 3,000 to Rs 4,000 crore till 2005-2006. There was a spurt in revenue due to auctioning of retail liquor outlets as A4 shops. During 2010-12, the lease amount has grown by 120% due to intense competition for getting shop licenses,” a senior official of the excise department said.

After opening of toddy shops, the excise officials booked 175 cases and arrested 220 persons on charges of toddy adulteration till January this year which is the main concern in the rural areas. It has been found many illegal toddy depots are being run with the support of local political leaders. However, the excise department booked only 17 such cases in the past 11 months.