United Breweries (Holdings) Ltd (UBHL) said on Friday that Sidhartha Mallya, a non-executive, non-independent director of the company, has left his post with effect from 31 March. UBHL announced the exit of chairman Vijay Mallya’s son in a filing to the BSE.

The announcement came two days after Vijay Mallya offered to pay as much as Rs6,000 crore to settle Rs9,091 crore of dues owed to banks by his now defunct Kingfisher Airlines Ltd.

Vijay Mallya resigned from the board of United Spirits Ltd on 25 February in exchange for a severance payment of $75 million by Diageo Plc.

He left for an overseas destination on 2 March.

Kingfisher creditors have approached the Supreme Court and debt recovery tribunal in Bengaluru to force him to pay the dues of Kingfisher Airlines which was grounded in 2012. 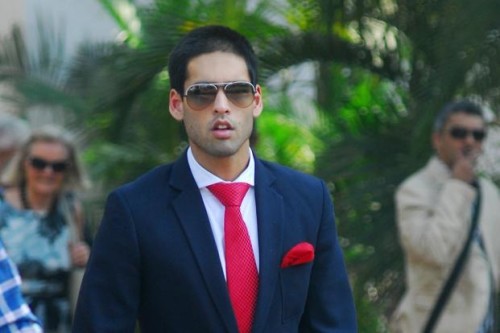 Sidhartha Mallya has cornered some blame for the Kingfisher Airlines fiasco. The airline was supposedly a gift by Vijay Mallya to his son on his 18th birthday—a perception that the Mallyas have tried to dispel.

“So ppl still believe this whole thing that it was a ‘BIRTHDAY gift’??! Really???!”, Sidhartha Mallya tweeted on 30 March while replying to angry tweets that he should be also held responsible for mismanaging Kingfisher Airlines.

Vijay Mallya took to Twitter to defend his son.

“My son Sid @sidmallya does not deserve all this abuse as he had nothing to do with my business. Slam me if you must but not a young man.”, Vijay Mallya tweeted on 30 March.