Licensees running bars in Tamil Nadu State Marketing Corporation (Tasmac) liquor outlets are now in a compulsion to go the extra mile to sustain the existing patronage and to draw new customers. 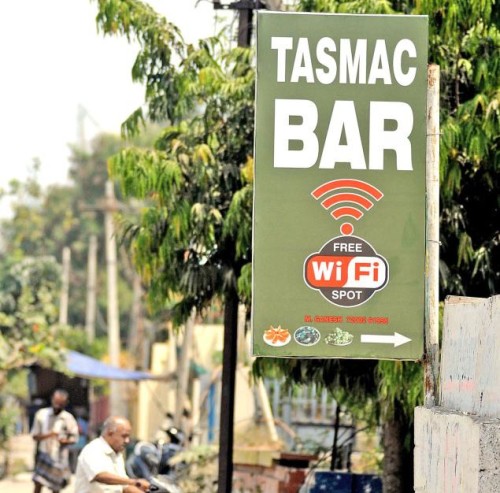 Coimbatore District has about 303 Tasmac shops, out of which 237 have bars attached. Tasmac outlets till date drew crowd based on cleanliness of the place and varieties of snacks offered there.

Some bars even had installed large screen television sets, which turned out to be a major attraction during the recently concluded T20 World Cup cricket matches, says Deivam, Secretary of the Coimbatore TASMAC Bar Owners Association.

According to Ganesh of Ramanathapuram, who runs two bars, cleanliness of the place, adequate parking space in the vicinity, and quality of side dishes offered often counted for a good and steady patronage. Offering a variety of vegetarian and non-vegetarian side dishes also helped in to draw customers.

Middle and upper middle class consumers often preferred to buy liquor and take it home or to a private location and consume it. Under such circumstances, the offer of television sets and provision of air-conditioned bar space came in handy to retain the customer patronage, says another bar owner.

But licensees who operate out of rented or leased out premises could not take the risk of spending on air-conditioning as the bar licenses will have to be renewed periodically.

Recently, a Tasmac bar at Kavundampalayam has chosen to offer free Wi-Fi facility for its customers. This has become a trend and more licensees are gearing up to try this out.

Another bar owner says that some of their counterparts even discussed about offering organic and healthy side dishes. But it has not been tried out yet, as they are not sure of the outcome.