Beleaguered businessman Vijay Mallya’s troubles with lenders do not seem to be limited to India, with the global banking major RBS planning to terminate next month a credit line and all other banking services provided to his European beer venture.

This has forced Kingfisher Beer Europe Limited, owned by Mallya through a complex web of entities, to look for alternative avenues to replace the credit line and other banking facilities provided by RBS. 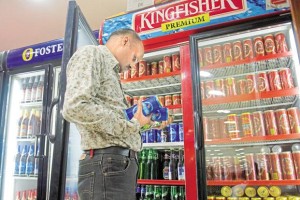 Mallya-led UB Group runs its overseas brewery business through California-based Mendocino Brewing Company, which sells a number of beer brands including Kingfisher in the US, while operations in other countries are conducted through wholly-owned subsidiary United Breweries International (UK) Ltd and a step-down unit Kingfisher Beer Europe Ltd (KBEL).

Mendocino has got Mallya as its chairman and is owned by his UB Group through a complex shareholding structure. He has tried to keep the foreign operations separate from his troubled ventures in India, where a major controversy has broken out ever since he left the country amid growing clamour for recovery of dues totalling over Rs.9,000 crore of the long-grounded Kingfisher Airlines.

Mallya and his group firms are also being probed by multiple regulators and agencies including Sebi, Enforcement Directorate (ED) and SFIO (Serious Fraud Investigations Office).

As he has been evading repeated summons issued by ED, the government has now suspended his diplomatic passport.

In disclosures made to the US markets regulator, Mendocino said the Royal Bank of Scotland Commercial Services Limited (RBS) had provided an $2.8 million revolving line of credit over a decade ago in April, 2005 to KBEL. The credit line carries an interest rate of 1.38% above the RBS base rate and a service charge of 0.10% of each invoice discounted.

“KBEL is in discussion with third parties to find alternative financing to replace the credit line and other banking services presently provided by RBS.”

In another filing, Mendocino said, “We have engaged in discussions with a bank which provided an indicative offer to provide a replacement for the RBS line of credit.”

“If KBEL does not finalize such alternate financing and provision of banking services, and if KBEL is unable to find a substitute replacement before termination of the RBS facilities, this would have a material adverse effect on KBEL and the company,” it added.