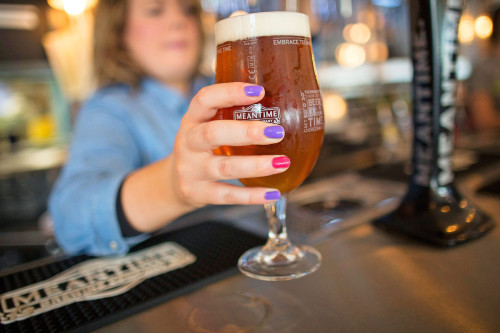 The purchase by Asahi, which covers the premium brands and their related businesses in Italy, the Netherlands, the UK and internationally, is conditional on the SABMiller deal going through, AB InBev said in a statement Tuesday. The companies announced on Feb. 10 that Asahi had made a binding offer.

The acquisition would be Asahi’s biggest, giving the brewer a foothold in Europe where it currently has no presence, and reducing its dependence on a domestic market hampered by a shrinking population. Asahi may face new challenges making inroads in the European market.

“The concern is how Asahi will do in Europe, as they have no experience there and beer history is much deeper there than in Asia,” said Masashi Mori, a Tokyo-based analyst at Credit Suisse Group AG. “They have good experience in cost control in past acquisitions, but whether they can manage it from the European brand perspective, I’m still dubious.”

Asahi closed 2 percent higher at 3,556 yen by the close of trading in Tokyo, before AB Inbev’s acceptance of the deal was announced. The shares have fallen 6.4 percent so far this year, compared with the 12 percent drop in the benchmark Topix index.

The sale would smooth the way for the Budweiser owner’s 72 billion-pound takeover of SABMiller by helping to clear antitrust hurdles in Europe.