It is the magic formula – when no party has anything new to offer, it promises prohibition in the state. As the Tamil Nadu General Election approaches, there is not a single party that can expect a comfortable win. The Opposition is fragmented, while the ruling AIADMK has not done itself any favours since the Madras floods. And, so, every campaign speech is rife with promises to ban alcohol in the state.

For the majority of voters – those below the poverty line – nothing good came of alcohol except the ability to forget, and that applies only to the drinkers. Families have been ruined by drinkers. Savings are eaten up by them, spouses and children have been beaten and killed by them. 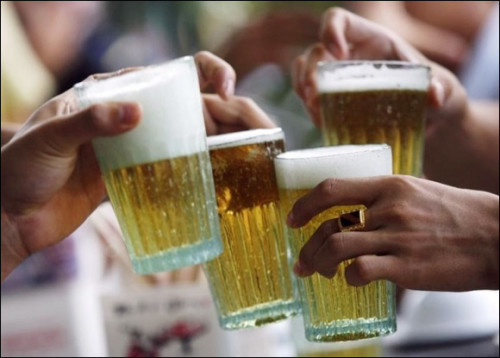 But is total prohibition the solution?

In a state which has severe restrictions on liquor – it is perhaps the only one where liquor is sold, but cannot be bought off the shelves of a supermarket – total prohibition will affect people across socioeconomic classes.

Let us acknowledge that social drinking is a legitimate pastime. For some reason, in India, alcohol is only associated with addiction, and never recreation. It is nonsensical to declare alcohol evil and call for a complete ban. Some of us do enjoy a few drinks, without making public nuisances of ourselves, and without endangering the lives of ourselves and others.

As for those addicted to alcohol, total prohibition will only boost the manufacture of spurious liquor. We can expect the dreaded news items every week, about tens blinded or killed by these noxious brews. When Jayalalithaa gave the state government a monopoly on liquor sales, she announced that the spur to do so came from these deaths and debilitations.

Handily enough, TASMAC went on to boost the government’s income exponentially over the decade and a half since its creation. With nearly 7000 outlets and about half as many licensed bars working twelve hours a day until last year, and eight hours a day since, TASMAC sales account for nearly Rs 30,000 crore. From a contribution of Rs 3639.93 to the state’s kitty in 2003-04, its share of the state’s revenue in 2015-16 has grown to more than a quarter.

How will the government make up for the enormous income deficit the expulsion of TASMAC will cause? It will be forced to raise various taxes, and introduce new ones. And while it may be argued that it is the citizens who pay for alcohol, we must acknowledge that there is an active choice involved. To force those who do not drink to make up for the prospective loss of state income is unlikely to be a populist move.

Prohibition has been introduced twice before in the state, and has not worked.

It will not stop anyone from drinking. Those who can afford it will begin to cross state borders to get hold of their drinks. And those who cannot afford it will lay their hands on whatever intoxicants they can find, courting disastrous results. Even with TASMAC outlets in place, National Crime Records Bureau data shows that 1509 deaths occurred between 2005 and 2015 from consumption of illicit arrack in Tamil Nadu. These figures are likely to rise if the TASMAC stores do vanish.

What will work far better is to reduce the working hours of TASMAC shops and remove the bars attached to them. Drinking outside private houses or establishments can be banned, in order to avoid drunken overtures on roads.

If the government does want to play parent and discipline its citizens, it would do a lot better to start off with cigarettes. Despite restrictions on public smoking, one can rarely walk the length of a street without smelling cigarettes and biris. Cigarettes are sold everywhere, though they have been proven to affect not just active consumers but those coerced into passive consumption by dint of passing by. And the health hazards associated with cigarettes tend to set in far faster than those associated with alcohol.