Against the reduction of the company’s own sales that has already become regular, the international giants will fight for the youth audience, where craft beer is gaining popularity, the Kommersant newspaper writes.

Russia has no official statistics which would reflect the volume of the craft beer segment. Baltika believe that today the real craft producers own a share of about 2%, and it is almost 14 million decalitres. The difficulty in evaluating of this segment is largely due to the fact that there is no settled definition of craft brewing in Russia. Many local producers use a fashionable and beautiful term “craft”, replacing the previously popular term “live beer”. 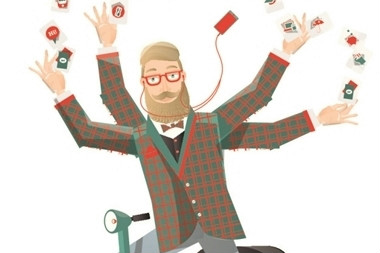 At the end of last year, the Russian subsidiary of Anheuser-Busch InBev, introduced its range of varieties, “Sibirskiy kharakter”: it included ale “Amurskiy nrav” stout “Taezhnyy buriy” and IPA “Altayskiy veter”. The second similar episode was in March when the company Heineken started bottling of the ale “I Am Stepan Razin”.

It is difficult to name the exact year of the beginning of the craft movement development in Russia. For example, the Jaws brewery in the town of Zarechny, Sverdlovsk region began to work in 2008, but initially it released varieties in the Czech-German theme. It is probably correct to consider Saint Petersburg the capital of the Russian craft revolution, where today the highest concentration of craft establishments and industries.

The number of craft breweries in Russia has increased by 7.5 times since 2010, from 13 to 98 in 2015, according to the market research of AB InBev. Year-on-year the number of such breweries has grown approximately in 1.5 times. The majority of them, 91 companies, located in the European part of the country. But not all of them have their own production, many of them just place orders for a contract bottling.

The emergence of craft breweries and bars and their production is typically mainly for cities with a million population where the standard of living of the population is traditionally higher. According to market participants, in bars, the price of craft beer of the national production vary from 150 to 350 roubles for a half-liter mug, occupying an intermediate position in cost between premium bottled beer from the shop and imported draught beer.

According to the rating of international service Untappd, which is compiled on the basis of assessments of the lovers of craft beer, the top 5 of the most popular craft breweries at the beginning of this week included AF Brew, VictoryArtBrew, Moscow StammBeer, Salden’s and the St. Petersburg Paradox.

The asked major Federal retail networks do not hide the fact that work with craft beer is interesting to them and they see the potential of this segment. “A very promising direction,- said the representative of the X5.- In our opinion, craft should partially take away market share from imports. We expect the growth to 5-7% of total share of beer sales by the end of 2016”.