By 2021 Asia is predicted to contribute two-thirds of global incremental beverage consumption, with China alone responsible for one-third of the additional volume, according to Canadean’s most recent Global Beverage Forecasts report.

Latin America is expected to achieve the second highest incremental volume growth behind Asia, with Brazil the key contributor to the regional increase. The growing importance of the emerging Middle East and North Africa (MENA) markets is strongly highlighted by a forecast incremental volume increase, which is anticipated to be three times that of North America, propelled by burgeoning population growth and demand for soft drinks. The increasing contribution of Africa to the global commercial beverage market can also be evidenced in a predicted volume increment by 2021 that is expected to be double that of East Europe’s. 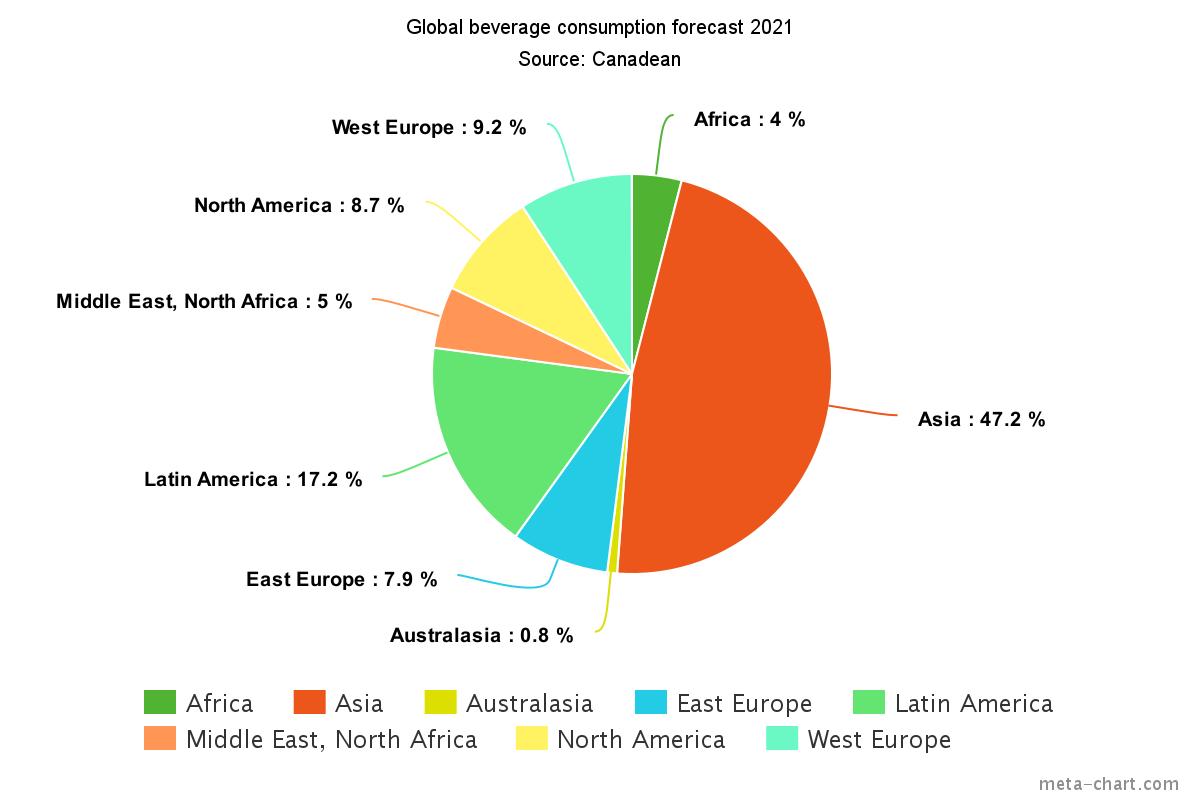 Of the top ten highest volume markets in 2021, Canadean anticipates that only three developed markets (the US, Japan and Germany) will feature in the ranking. In 2000, the US and West Europe together accounted for nearly one-third of global commercial beverage consumption, but by 2021 their combined share will have shrunk to 18%.

In terms of the top ten incremental volume providers by 2021, China and India will dominate, followed by Brazil. With the exceptions of the US, Saudi Arabia and Mexico in sixth, eighth and ninth positions respectively, all other markets in this group (Indonesia, Pakistan, Thailand and Vietnam) are Asian. Soft drinks, particularly packaged water and bulk/home and office delivery (HOD) water, will be the primary driver of incremental volume growth across all these markets, underscoring not only the growing global health trend, but also the opportunities offered by the lack of good quality tap water in many emerging markets.

Antonella Reda, Product Development Manager at Canadean, states that: “While many major producers are already focusing on harnessing the volume potential in emerging markets, as developed markets slow, expansion is not without its challenges. Producers will need to continue to invest in infrastructure and distribution efficiencies in order to retain profitability, particularly in poorer and slowing economies, and markets beset by political upheaval and/or legislative challenges. Continued investment in development of innovative drinks and value-added propositions that respond to changing consumer lifestyles and demographic changes at both a global and local level, remain vital to drive both volume and value growth.”