The India Pale Ale, or IPA for short, is often considered the most popular craft beer style, and one of the first styles many try upon entering the craft beer world. However, the origin of the style is the subject of an ongoing debate, with even reputable sources getting the story wrong. 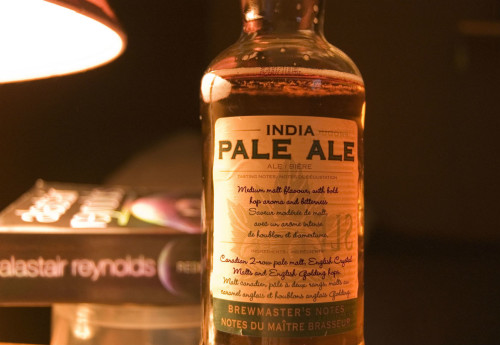 The common refrain goes that troops stationed in India didn’t enjoy the warm, heavy porter-style beer being shipped from England, and wanted something lighter and easier to drink during those hot Indian summers. George Hodgson’s Bow Brewery “answered the call” of the soldiers, creating the first IPA, which he packed with hops (supposedly to protect the beer from souring) and would lose some of its harsh bitterness after several months at sea. He also brewed the beer at a much higher ABV than usual, again to stave off infection and keep its flavor during the journey.

While tidy, this tale is not entirely accurate. Enter Martyn Cornell, a British beer historian who has often made note of the entirely trumped up nature of the origin story of one of the world’s most popular beers. According to Cornell’s blog post “Four IPA Myths That Need To Be Stamped Out For IPA Day” (which occurs every August for those wishing to celebrate), Hodgson didn’t necessarily invent a new style insomuch as he produced a beer that was long-sent to British territories and received credit for creating a new style. British troops in Asia drank “porter in India right through to the end of the 19th century,” and most of the pale ales exported to India were actually consumed by the middle and upper classes among the expats in India. The IPAs of the time were not particularly strong, and any time export beers were being sent somewhere warm they were highly hopped. Ergo, while Hodgson often gets the credit, the variety he “created” existed in some form well before his version of IPA made the trip east.

But like every good tale, there is a grain of truth in the most commonly known story. That truth is found primarily in the extremely well researched book IPA: Brewing Techniques, Recipes and the Evolution of India Pale Ale by Stone Brewing Company Brewmaster Mitch Steele. Steele talked to several beer historians and homebrewers about the IPA, and found that the beer’s history, although still debated, has some commonalities with the lore. In the early 1700’s brewers gained a new malt variety in their arsenal, the pale malt. Kilned with coke as fuel, the pale malt increased efficiency and created a higher-quality beer, while also giving the beer a lighter color and a less smoky flavor. October Beer, one of the beers said to be the precursor to the IPA, which uses fresh malt and fresh hops, uses 100% pale malt in its recipe, and was expected to age for two to three years before serving, due to its strength.

Here’s where our myth and reality start to come together. As beer began to be sold for export by British brewers to British territories around the world, George Hodgson “developed a business relationship with the officers of the East India Company,” and therefore was able to get a near monopoly in the Indian market. This reinforces Cornell’s argument that Hodgson got credit for the style even though his beer was similar to the kinds of beer that were already going to India. Hodgson didn’t create a new beer. It just so happened that his October Beer was popular among the 18th Century gentry that settled in India, and the beer generally held up well on the voyage, thereby tasting good upon arrival.

So next time you’re sipping on an IPA, be thankful it didn’t take months to get to you, and enjoy the crisp bitterness of a classic beer style.