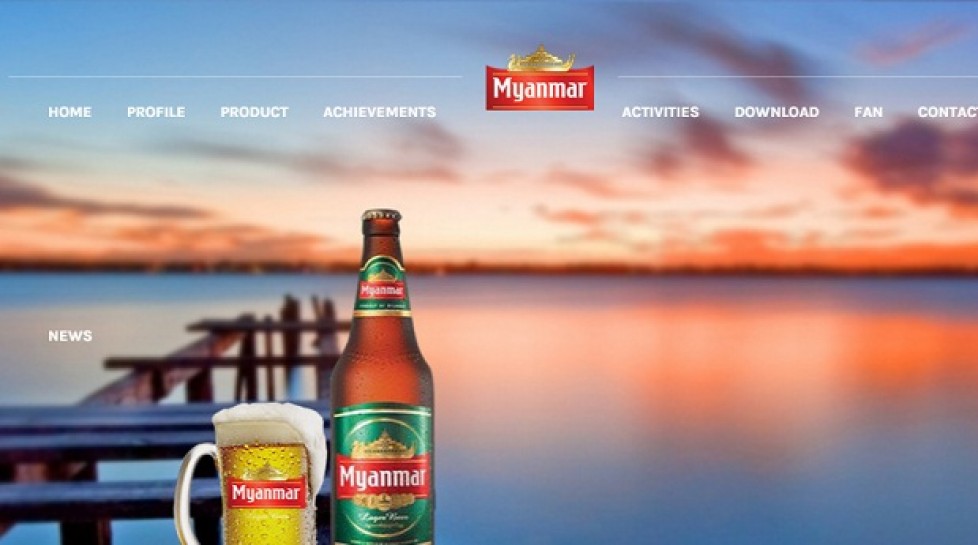 Several private equity types and company executives are gathered around Jasmine Thazin Aung, an energetic and bubbly Yangon-based executive director at PricewaterhouseCoopers LLP, who returned to her country from Singapore in 2012 to set up the firm’s business advising on mergers and acquisitions. They’re talking about what sectors are hot: infrastructure and consumer businesses.

With the easing of more U.S. sanctions in May following the smooth transition of power to the democratic party formerly in opposition, Myanmar is poised for a foreign investment takeoff. The Asian Development Bank is predicting economic growth faster than 8 percent for this year and next — the highest rate in Asia. Incomes among the nation’s 54 million consumers are rising. A planned change in the investment law this year to be more welcoming to foreign buyers may increase the appeal.

“As the country opens up, we expect there will be more opportunities,” said Thura Ko, managing director at YGA Capital Ltd. and adviser to U.S. private equity firm TPG Capital, which last year bought a 50 percent stake in Myanmar Distillery Co. valued at more than $100 million. “There is sizable money waiting. Entrepreneurs who have put in decades of effort and personal capital would also like to take their businesses to the next stage.”

Already, approved foreign investment increased 18.4 percent to $9.48 billion in the year ending March 31, 2016, compared to 2015, according to the country’s Directorate of Investment and Company Administration. Myanmar may attract as much as $100 billion in foreign direct investment by 2030 if it spends enough to achieve its economic growth potential, the McKinsey Global Institute reported.

While no major acquisitions have been announced this year, dealmakers have still been active. A $2 million investment from the Omidyar Network was one of two venture-capital deals announced this year, according to research firm Preqin Ltd. The investment firm, backed by EBay Inc. co-founder Pierre Omidyar, agreed to buy a stake in a Yangon community tech center and accelerator lab called Phandeeyar. Last year, four venture capital injections into Myanmar companies totaled $7.2 million, Preqin said.

Yet it’s only now that the investment climate is getting warmer. The U.S. lifted sanctions on 10 state-owned enterprises and banks in May, though other restrictions remain in place. The U.S., which imposed sanctions in 1997 after the military government’s clampdown on its democratic opposition, started lifting restrictions following political reforms in 2012.

After last November’s election results in which Aung San Suu Kyi and her National League for Democracy swept to victory, the Treasury Department allowed American businesses to use ports, toll roads and airports in the country. The further easing in May followed the NLD’s smooth taking of power on April 1.

Lawmakers may vote this year to allow foreigners to invest directly in local firms without having to set up joint ventures, the current requirement. Under proposed new rules, overseas entities would be able to buy as much as a 35 percent stake directly, although that may change when the law is submitted to parliament for approval in the next few months, Aung Naing Oo, secretary of the Myanmar Investment Commission, said in an e-mailed response to questions.

“If foreigners can buy shares more freely in local companies, we expect mergers and acquisitions involving local companies to increase,” he said. “More M&A can help Myanmar companies grow, improve their products and services, and operate more efficiently in line with international markets.”

A new law would also let foreign investors participate in a wider range of sectors than joint ventures are currently allowed, such as mineral production and some agricultural activities.

“At this moment, many investors are still waiting for the policies of the new government to come,” said Takeshi Mukawa, a partner at law firm Mori Hamada & Matsumoto, which opened its office in Yangon in 2014. “Every firm in Myanmar is waiting for the investment rush to come. This is a peaceful moment.”

TPG is on the lookout for more deals in the banking, telecommunications, infrastructure and consumer sectors, said Thura Ko. Besides last year’s whiskey deal, it invested in a telecom venture in 2014 that planned to build mobile phone towers across the country. TPG co-founder David Bonderman traveled to Myanmar in 2012 and met with government officials, business executives and Aung San Suu Kyi to size up the investment and political climate.

At Myanmar Brewery, an expansion is underway as its managing director Takeshi Minakata, 54, seeks to raise annual capacity 50 percent in three years, from the current production of 200 million liters.

Minakata, who relocated to Yangon in April from his base at Kirin in Japan to handle day-to-day operations, said Myanmar people “are changing their behavior to try new things and are seeking a global lifestyle.” The company introduced two new high-end beers, Myanmar Premium and another based on Kirin’s Ichiban brew sold in Japan and elsewhere, at the end of March.

Beer consumption per person in Myanmar, currently at about five liters a year, has plenty of room to grow, he said. It’s 40 liters a year in Vietnam and 30 in Thailand, Minakata he said.

PMM Partners, a Yangon-based private equity firm established in 2013 by Hong Kong-based Simon Murray & Co Ltd. and local conglomerate Serge Pun & Associates, has invested in sectors from alcohol to oil and gas with its first $50 million fund. It plans to launch its second fund next month, targeting to raise at least $150 million.

For Nick Powell, its managing partner, the appeal of growth compensates for the frustrations. In the fledgling world of Myanmar dealmaking, it can take months to bring potential sellers to the negotiating table. It can take a whole day to get one signature, just a step in the laborious process to get a deal moving, he said. There are also risks of currency swings. In the meantime, sellers may drop talks when asked too many questions, there’s no rule book on doing transactions, and there are few brokers for executing deals, he said.

“If you are here, taking frontier market risks, if your expectations aren’t 30 to 40 percent returns, you shouldn’t be here,” Powell said.

For PwC’s Thazin Aung, her days are getting busier. From simply being interested in discussing changes in Myanmar, more of her clients are getting serious about exploring deals and thinking about a strategy, she said.

“After a smooth political transition,” said Thazin Aung, “the momentum is back.”