Last summer, it was one of the most popular beer in Delhi and Bengaluru. This summer, at most retail outlets Bira 91, the country’s first handcrafted beer, is out of stock. The reasons: the company failed to gauge demand correctly, and the arrangement with its sole bottler in Haryana fell through. Above all, it needed funds. 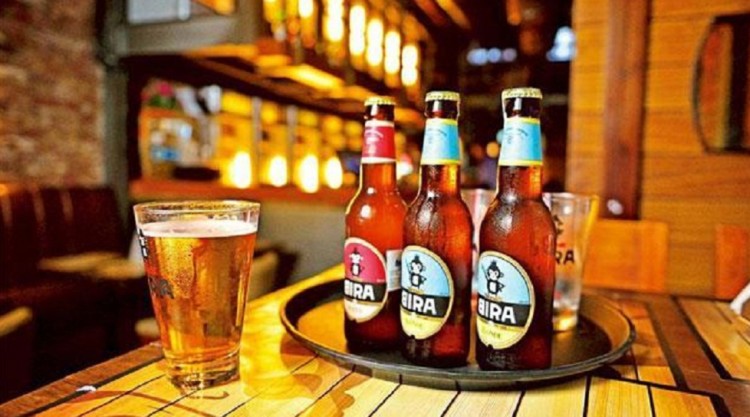 It was only in January that Ankur Jain, founder of Bira 91, managed to raise $6 million in Series A funding . But that was not enough to streamline supply of Bira or get a new bottler. Now Jain is in the market looking for funds—at least $10 million. He wants to build an efficient back-end and logistics system to ensure that the current fiasco is not repeated.
“We’ll close the round within the next 2-4 weeks with funds from existing investors and new ones,” Jain said, declining to name the investors. In January, venture capital firm Sequoia Capital, along with a few individual investors invested in B9 Beverages, the firm that owns Bira.
The individual investors in the firm include Kunal Bahl and Rohit Bansal, co-founders of e-commerce firm Snapdeal, Ashish Dhawan, co-founder of private equity firm Chryscapital, Mayank Singhal of Singapore state investment arm Temasek Holdings, and Deepinder Goyal, founder of restaurant discovery platform Zomato.
“Raising money in the current market is not easy. We are glad that investors are willing, and have faith in what we are doing,” Jain said, adding that the latest round would help him to manage “things in a better way for the next year or so”. When Jain started Bira, he raised about $1.5 million from a bunch of friends.
When Sequoia Capital invested in January, its managing director Abhay Pandey had said in a statement that the venture capital fund had invested in the company as it wanted to back “the challenger in a large category with nice customer cohorts on basket size, retention and frequency”.
For Jain, the priority is to fix the supply issue. “There’s no quick fix. We never expected this much demand. And expansion into seven cities was based on the arrangements with the Haryana bottler which did not work out. At that point, we did not have any other option but to import from Belgium. Simply put, our supply could not keep up with the demand in the market, primarily for Bira White (one of the two variants the company sells),” said Jain.
During the last three quarters, Bira’s sales doubled every quarter and it is now selling around 50,000 cases a month (up from about 10,000 cases last summer) with about 60% of sales coming from pubs like Beer Café, Monkey Bar, Raasta, Pint Room and Barsoom, said Jain.
“Even today, we import everything from Belgium. Over the next 30-45 days, we’ll be able to streamline supply in key markets, starting with Delhi,” he said.
The company sealed a deal with a brewery in Indore, Madhya Pradesh, in April and has pumped in about Rs.4.5 crore to start producing Bira.
But that’s not enough. Jain has also closed a deal with a Greenfield brewery at Mysore, Karnataka which will start production later this year. “This brewery has a capacity of 5 lakh cases a month. Initially, 50% will be used for Bira, and we’ll look at ramping it up as and when needed. With these two units, I hope, things will be manageable till next summer,” he added.
Beer Café founder and chief executive Rahul Singh said, “Bira had evoked a phenomenal response. The feedback has always been excellent from people. Yes, it has been facing issues, partly because initial discounting that led to fund crunch, and them unprecedented demand leading to supply shortage.”
Despite such challenges, Jain launched Bira in new markets. In April, he launched the beer in New York city during Tribeca Film Festival, which was started by Jane Rosenthal, Robert De Niro and Craig Hatkoff in 2002 in response to the 9/11 attacks on the World Trade Centre.
“New York is a risk I have taken. But Bira has the potential to make it in New York. True, it is a hyper-competitive market and it’s obviously not easy to make a cut among 800 odd craft beer brands. We are unapologetic about being ‘imagined in India’ and so far it is well accepted,” said Jain. New York as a market, however, does not require “huge investments”. “About 95% of the money we raise will be deployed for Indian market. The New York bet is slightly long term. It’s an aspiration. If we are successful in making Bira a success in New York City, bringing it straight from Belgium, that’s perfect. If it does not happen, it’s cool,” Jain said, adding that he will focus on establishing Bira in New York City over the next two years.
In India, Jain wants to go deeper in to the existing markets ensuring that supply constraints never come in the way. Come September, Bira will be available in new cities such as Hyderabad, Jaipur and Nagpur, besides existing markets of New Delhi, Mumbai, Bengaluru, Pune, Goa, Kolkata and Chandigarh.
Competitors, however, say that the supply issue was created to keep alive the buzz around the product. Anuj Kushwah, managing director of Kaama Impex Pvt. Ltd, which sells Witlinger—a craft beer, said Bira was not selling as much as the company claims. “The supply issue does not look normal,” he added.
“I know what competitors say. Why would I force create a supply shortage? The more I sell, the more money I make. People like Bira and that’s how demand rises every day,” said Jain, adding that the company will stick to its Rs.100 price point. “We wanted to create that price segment. We have successfully done that. And every Bira bottle makes money,” he said.
And Jain is not done yet. In August, once the Indore facility is in full production mode, he will launch 500ml cans for Bira and will increase its beer-tap network to 2,500 from 1,000 at present. By the end of the year, he wants to launch a third variant of Bira. “May be a tasty strong variant or a light one in the same price range,” he said.