Samar Singh Sheikhawat knows a thing or two about wooing the Indian consumer. Even before taking over as senior vice-president of marketing at India’s biggest beer maker United Breweries Ltd in 2009, the consumer goods veteran played an instrumental role in putting Tropicana (now owned by PepsiCo) on the map and as Dabur’s head of sales and marketing. 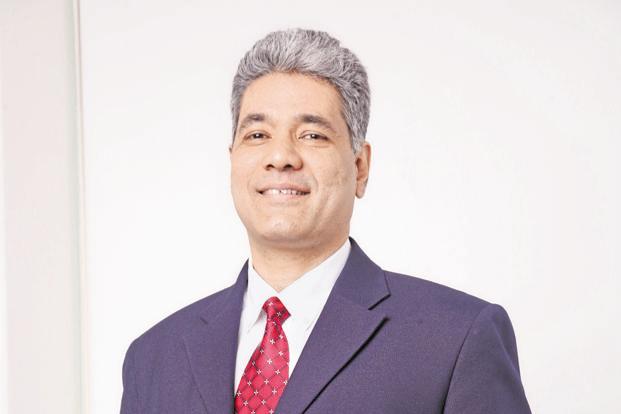 Samar Singh Sheikhawat Sheikhawat completed his MBA from Symbiosis, Pune. Post this, he started his career with Cadbury India Ltd in 1989 and then went on to work with companies such as Hindustan Unilever Ltd (ice cream business), Energiser Batteries Ltd, PepsiCo and Spencer’s Retail Ltd in various capacities. He joined United Breweries Ltd as senior vice-president of marketing in November 2009.

In an interview, the teetotaller lamented the death of customer loyalty and spoke about the struggles tied to wooing younger drinkers and why India is not ready for diet beer. Edited excerpts:

Why do you say it is harder to win customers these days?

In the old days, availability and making sure your product reached point of sales/point of consumption was perhaps sufficient to ensure trial. Today, like in every other category, consumers are buying in wider repertoire than ever before. Loyalty is a fickle bedfellow so to speak. The consumer is far more promiscuous today than he ever was. Earlier on, we would say your most-often-used brand is, let’s say, six or seven times out of your last ten purchases. Today, if you are buying it four times out of ten, then that’s your most-often-used brand.

Are you spending more on marketing now than before?

Every brand is on TV. We have done some six films with our packaged drinking water which is a legitimate brand, which I think is the fourth-largest in the packaged drinking water brand in the country. You have Tuborg on air, have Carlsberg on air, you have Fosters on Air, you have got us on air, you have 4-5 different brands that are on TV, so the amount of spends on mainstream TV for beer has increased significantly. Digital is a huge area of intervention.

Traditionally you have focused on a few key events such as IPL to promote your brands. Will that change?

Kingfisher has always been associated with sports, food, fashion and music. Sports is the single largest. The single largest sporting event in this country is IPL. It is bigger than Euro, World Cup, Copa America, Olympics and Champions League. More importantly, it’s not just sport: it’s entertainment, glamour. I call it “India’s largest reality show”. So yes, we will continue to invest very heavily there.

Tell us about Pitchers and how it came about.

Pitchers is a story about four young people who quit their jobs to start up a business and how their lives are governed by KF (Kingfisher) beer. It is a new web series that is based around an office situation. Very interestingly, we took the idea of Pitchers from the start-up web series that TVF had produced and we have actually launched a real world app called Pitchers, which we hope will become the Zomato of the drinks and night life world. We will be launching in Delhi, Mumbai.

Has your job as a marketer become easier because of your wider reach through social media and new selling channels?

I think it has become much tougher because consumers expect much more—they want it here, they want it now. If you don’t give it, they will go somewhere else. They will not spend extra time looking for your brand. They get turned off by pure sponsorship, by pure advertisement. They believe every advertisement has an agenda. There need to be checks and balances in digital.

We are not allowed to sell alcohol through e-commerce for instance. Otherwise I guarantee you that we would have dominated that segment as well.

What is your biggest challenge these days?

The repertoire is the single biggest consumer challenge for us. The same consumer is buying on a regular basis 4-5 different brands of beer. Increasingly, loyalty is much harder to come by and they are just buying wider numbers which means one brand may not necessarily have all the solutions. The larger challenge for us is change of consumer taste. A youngster does not want to drink the beer his father drank or driver drinks.

What amount of your revenue goes into marketing?

Six to seven percent. Revenues also increase. Even if it (marketing spend) remains flat, the absolute numbers keep going up.

Are Indians still partial to a stronger brew of beer?

About 85% of the Indian beer market is strong. (It won’t change) till alcohol gets consumed in our country as refreshment.

What are some of the things you are experimenting with?

We have been very proactive with our brand launches.

Seven new brands in seven years is unthinkable in the alcohol industry. It is a scorching pace in any consumer product industry. You cannot address all consumer choice and preference in a single offering.

Do you worry about the rise of micro breweries?

It is still small volumes—90% of them are still making losses. It’s really small but growing at a good pace. We are closely watching it, analysing it, evaluating it.

The whole philosophy of microbrewery is different in India from that of America. In America, it’s anti-establishment. In India, it’s a cool place to go, be seen.

Is India ready for a diet beer?

How are you dealing with the liquor ban in Bihar and closures in Tamil Nadu?

We work in whatever environment we are given. You cannot prepare for something like this. Sometimes you get an indication. That’s the nature of business. We been in this business for a long time, we are used to policy changes.

Whatever the law is in letter and spirit, we are compliant. Foster ad, Tuborg ad… that product does not exist (their ads promoting soda in beer-shaped bottles). You are unnecessarily playing with fire, pushing your boundaries.

What is your read on rural demand?

Too early to tell. The year has just started. Hinterland is all about strong beer, driven by daily wage labourers, truck drivers, field labourers. All of this is related to agricultural income. This year is supposed to get 104-106% of monsoon compared to last year. This is good news for us because it fuels income in the hinterland and therefore drives consumption. We can only tell in the third quarter.