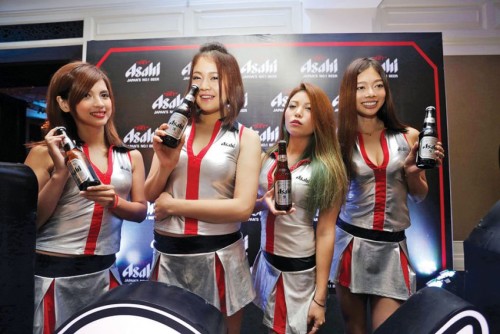 The launch of Asahi Super Dry on Thursday, August 11, was heralded by the thundering sounds of Daiko, a performance on traditional Japanese drums, followed by energetic performances from Bross La and Seav. Mesmerising choreographed dancing by LED dancers and a live band kept the guests entertained as they discovered the uniques taste of Asahi Super Dry.