The Saigon Beer, Alcohol and Beverage Corp (Sabeco) may get permission to be listed on the stock exchange in the near future, the Ministry of Industry and Trade (MoIT) said in a statement. 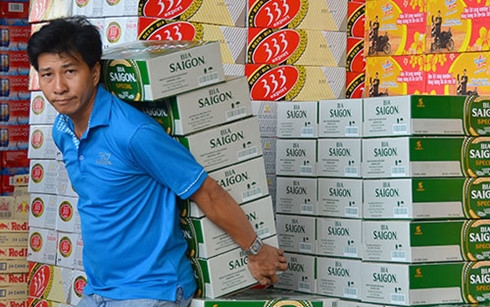 The statement was posted on the Vietnam Association of Financial Investors (VAFI) website early this week after the ministry responded to the association’s previous complaints on the delayed divestment of the State’s capital from Sabeco and the delayed listing of the company.

The delayed divestment and listing of Sabeco on the stock exchange has recently raised public concerns as investors that are not Government agents own less than the required stake in the company’s capital.

Under existing regulations, a joint stock company, which was shifted from a state-owned enterprise, must sell at least 20 per cent of its capital to other investors.

The ministry now holds 90 per cent of the company on behalf of the State.

During the past eight years, VAFI has repeatedly urged the ministry and the company’s management board to sell all the State’s holdings in Sabeco and place the company on the stock exchange to improve the quality of corporate governance, however, the situation has yet to change.

“The delay of listing Sabeco came after the ministry planned to sell its entire holdings in the company before asking for the Government’s permission to put it on the stock market,” the ministry said.

“The listing of Sabeco on HoSE will be reported to the Government for approval,” MoIT said, adding that the delayed listing had failed to meet expectations from the company’s investors.

The ministry was not obliged to hand Sabeco over to SCIC because SCIC had no right to take full control of the southern beverage company in accordance with the document 651/TTg-DMDN issued by the Prime Minister on August 5, 2015.