For 54-year-old Michael Jensen, who heads Carlsberg in India, it’s not easy to sell products that mostly appeal to consumers half his age. Yet, in his three-year stint as the chief executive of the Danish brewer in India, he has managed to more than double the business to exceed Rs 1,000 crore in calender year 2015. 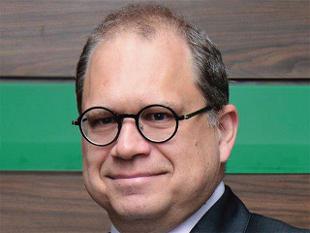 “It’s not difficult if you are little young at heart. But you want to remind yourself constantly that what I know might not be what other people want. So listen to consumers,” said Jensen. So far, he has his ears to ground. For a man with an MSc in Marketing, Market Analysis and Consumer Behaviour and another in International Business, Trade, and Tax Law, that shouldn’t be difficult, even if the country is as diverse as India.

Unlike most other markets, where Carlsberg’s top seller is the milder version of lager, Jensen has been focusing on brands such as Tuborg Strong and Elephant in India because strong beer accounts for 80% of country’s overall sales volume of 300 million cases.

His bet seems to be paying off — while the Copenhagen headquartered firm is still a fifth in size compared to Heineken-owned United Breweries in India, the company has managed to take its share to nearly 16% of the market from about 6% five years ago. And Tuborg is the largest premium international beer brand in the country.

Carlsberg is the third largest player in India, trailing market leader United Breweries which has 51% share and SabMiller with 23% share of the market. But in a country that, for the past three years, have seen tipplers sobering up and market growth slowing to 5%, Carlsberg has been growing by more than 40% each year. The company attributed the growth to focus on key markets, especially cities, keeping its brand portfolio limited and expanding its manufacturing footprint.

“We have doubled our reach to 40,000 outlets but have kept our focus on top 140 cities. By forgeting the rest, you can concentrate on offering coolers and use of signboards in a better way,” said Jensen.

The parent company in its long term strategy — Sail 22 — has identified China, India and Vietnam as key drivers for growth. This fuels Carlberg’s aggressive expansion — it now has seven breweries on ground and 2 co-packers in India.

The alcoholic beverages industry in India is heavily regulated, with excise and other taxes forming an important source of revenue for state governments. In states that collectively account for 70% of the industry’s revenue, the government controls manufacturing, distribution, retailing and pricing of liquor. This makes it difficult for most companies to make higher profits.

For instance, a 650 ml bottle of Carlsberg costs Rs 60 in the western coastal state of Goa but in West Bengal, it sells for Rs 130 and in Maharashtra, Goa’s bigger neighbour, its retails at Rs 160. While the industry has been lobbying to sort the multiplicity of tax issues with the government, Jensen likes to deal with it in his own Danish way. “I grab a cold beer and put my feet up. The world suddenly becomes far better.”