Local Nepali administrations have started shutting down liquor shops in Nepal-India border after booze lovers from Bihar started flocking to the Nepali side and hampered peace and order in the porous border. 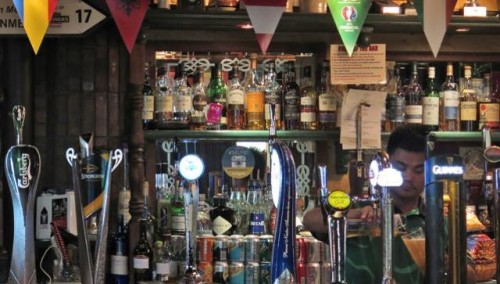 A ban on the sales of alcohol by India’s Bihar state has resulted in flourishing liquor business in bordering Nepali towns.

Assistant chief district officer of Mahottari district, Shambu Prasad Yadav told Hindustan Times that his office has imposed a ban on selling and consuming of alcohol within 500 metres in the Nepali side.

After ban in Bihar, border towns like Biratnagar, Itahari, Bhedetar, Rajbiraj, Mahattari and others are witnessing acute surge of Indian alcohol lovers.

“We have declared restricted area for consuming and selling alcohol as per the local administration law after we face maintaining law and order. Consuming alcohol itself creates challenges in maintaining peace and harmony in international border so that we had decided to put such ban,” said Yadav.

After ban in Bihar, hundreds of new liquor shops were opened in Nepal targeting Indian customers. Some of the shops were even owned by Indians even due to high profit value due to sudden rise of booze lovers from Bihar.

The Indian side had asked Nepal authorities to take stringent against the booze lovers.

Following this, local administrations in Nepal located along the border started dismantling the booze shops and issued several notices to the Indian nationals. Indian customers even started staying the night in Nepal to skip the police action from Nepali side.

The decision to shut down booze shops by all party meeting recently after tipsy Indian customers indulged in quarrels as also engaged in staring and chasing Nepali girls, said Yadav.

Bihar’s State Assembly passed the Bihar Excise (Amendment) Bill, which has provisioned severe punishment for producing, selling and consuming alcohol in the state. The law came into effect from April 1.