Vietnam’s government is taking an unprecedented step in divesting all it owns in the nation’s two leading beer companies as a growing budget deficit forces the leadership to accelerate a plan to reduce holdings in state-owned firms. 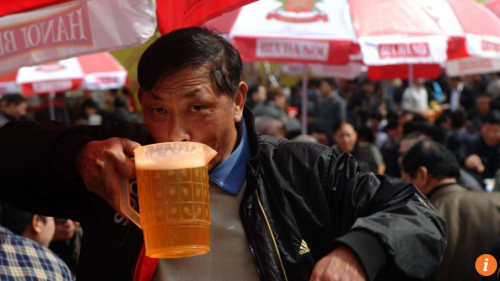 The government will sell its entire 89.59 per cent stake in Saigon Beer Alcohol Beverage Corp. for US$1.8 billion and its 82 per cent holding in Hanoi Beer Alcohol Beverage Corp. for $404 million, according to a post on a government news website Wednesday. Saigon Beer, known as Sabeco, will be sold in two tranches in 2016 and 2017, while Hanoi Beer, or Habeco, will be divested this year, it said.

“This is the first time the government is very clear cut in saying goodbye to major companies completely, without any stakes left,” said Dinh The Hien, a Ho Chi Minh-based economist. “The government’s clear-cut determination matches its long-planned strategy to speed up state stake sales. But it also indicates how stressed the state budget is right now.”

Vietnam, which needs billions of dollars in infrastructure investments for highways to airports, has seen state revenue drop this year with plunging oil prices and a drought that has hurt agriculture production. The budget deficit for 2016 may exceed the planned ratio of 4.95 per cent of gross domestic product, according to National Financial Supervisory Commission.

Vietnam’s plan to slash holdings in companies dates back to the 1990s as a way to spur economic growth. The government’s privatisation plan fell short of its target in 2015, with 289 state-owned companies selling stakes compared with a goal of 514.

The process is “slow and behind schedule” due partly to executives’ concerns about their positions at these companies after the sales, Deputy Finance Minister Tran Van Hieu told Bloomberg last year.

Vietnam’s beer-swilling culture has made Sabeco and Habeco among the government’s most-treasured assets. 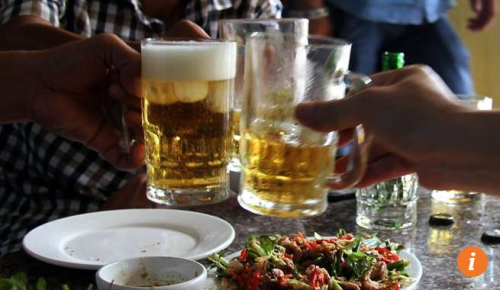 Beer consumption in the Southeast Asian country jumped about 40 per cent in 2015 from 2010, according to the Vietnam Beer Alcohol Beverage Association. Vietnamese are expected to consume more than 4.04 billion litres of beer this year, the most in the region and up from 3.88 billion litres in 2015, according to Euromonitor International. Its citizens of legal drinking age, 18 and above, is expected to increase to 72.4 million by 2021 from 68.7 million this year, according to Euromonitor.

The country’s thirst for beer has attracted interest from foreign companies. Thai Beverage PCL, Asahi Group Holdings Ltd. and Heineken NV are among companies interested in Sabeco, according to Euromonitor analyst Andrea Lianto.

Heineken, which in July acquired a brewery in the port city of Vung Tau from Carlsberg A/S, has a 20 per cent market share, similar to that of Habeco’s, according to Nguyen Van Viet, chairman of the Vietnam beer association. Sabeco, brewer of Saigon Beer and 333 Beer, was Vietnam’s largest beer company with 40 per cent of the market share.

The decision to hold auctions is an effort by the government to be more transparent, said Tony Foster, a Vietnam managing partner for law firm Freshfields Bruckhaus Deringer LLP in Hanoi. It could also line up future sales including that of Vietnam Dairy Products JSC, Foster said. The company known as Vinamilk is one that foreign investors are most interested in, he said.

“If you can get these done on this basis, it sets the stage for the same thing for Vinamilk and then others,” he said.