South Korea’s Hite Jinro seeks to expand its presence in Vietnam to make the country a gateway to the South East Asian market and strive to achieve 530 billion won ($475 million) in overseas sales by 2024, according to the company’s long-term outline. 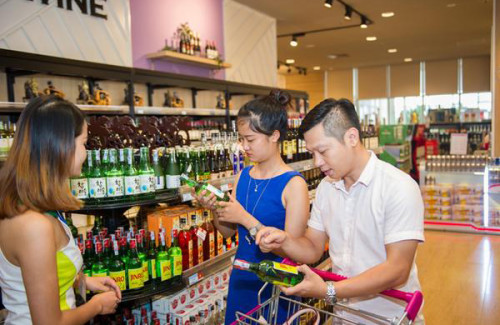 “We will develop tailored marketing solutions and strengthen our sales network to win the hearts and minds of the Vietnamese consumers with our main products Jinro soju and Hite beer,” the company’s chief executive officer Kim In-kyu said at a ceremony held to announce its future vision in Hanoi, Vietnam on August 29.

The company is targeting Vietnam where the Korean pop culture is immensely popular and consumers have stomach for strong liquor. It has launched Chamisul Classic soju that contains 19.9 percent alcohol and has a shrink-cap exclusively for the market. Soju is a clear, distilled spirit with high alcohol content, typically made from rice or barley, that is the most consumed alcohol beverage in Korea. 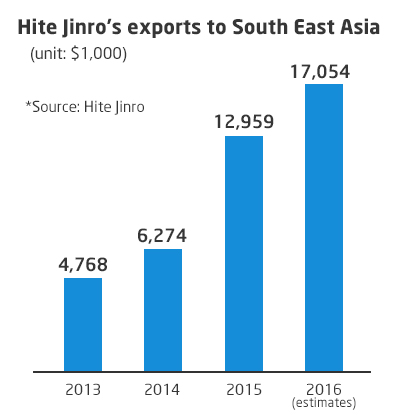 The company aims to increase its share from the current 1 percent to 7 percent by 2020 in the Vietnamese distilled liquor market that has grown more than 17 percent over the past five years.

As part of product placement marketing, the company’s Jinro 24 and Chamisul soju will appear in a drama titled Forever Young 2 that was co-produced by Korea and Vietnam and will be aired on Vietnam Television (VTV) starting next month.

For promotion, the company also launched a girl group named Jinro Gril Group (JRGG) in partnership with Thailand’s Boon Rawd Brewery Co. last year in order to raise brand awareness through the group’s songs. It plans to set up a so-called antenna shop to promote and expand sales of its products and start TV commercials in Cambodia.

With a rising popularity of Korea’s unique soju and beer cocktail called ‘Somac’, it also seeks to raise its beer sales in the overseas markets by carrying out various promotional activities such as opening of Somac cocktail bars and issuing Somac licenses.

Hite Jinro is expected to achieve $17.05 million in exports this year, up 31.6 percent from last year. Its exports have been growing at a double-digit rate every year since 2011.