Outbound shipments of South Korean beer hit a record high last year on the back of its popularity in Asian and other countries, government data showed Tuesday.

The data compiled by the Korea Customs Service showed that exports of South Korean beer reached US$84.4 million in 2015, up 15.4 percent from a year earlier.

South Korea’s beer exports also came to $48 million in the first seven months of this year, up 3.7 percent from a year earlier.

The data also showed that South Korea shipped 22.9 percent and 8.6 percent of its beers to mainland China and Iraq last year, respectively. 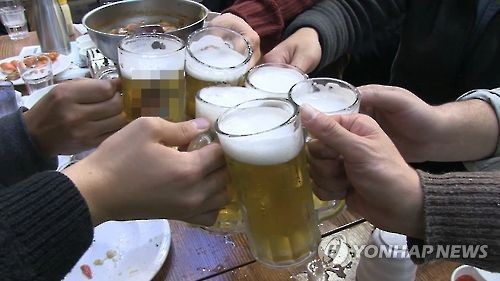