Two of the 12 state-owned enterprises (SOEs) to be sold by 2017, as instructed by Prime Minister Nguyen Xuan Phuc, are Sabeco and Habeco, the two largest breweries in Vietnam. The state holds a 89.59 percent and 81.79 percent stake, respectively. 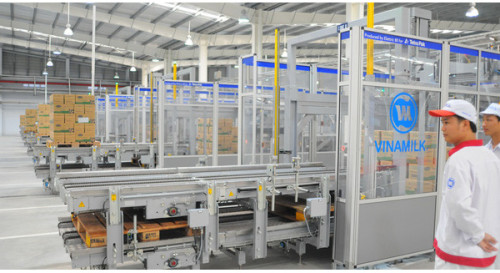 VTC News quoted Deputy Minister of Industry and Trade Do Thang Hai as reporting that all VND9 trillion worth of the state’s capital in Habeco would be divested within this year.

Under the Prime Minister’s instruction in Document No 1787 on the SCIC restructuring plan, SCIC will have to withdraw all capital from the 10 enterprises.

Of the 10 enterprises in SCIC’s portfolio, in Vinamilk alone, the State has a 45 percent stake. With the current market price, the State would earn at least $4.52 billion if it sells the stake.

The other nine enterprises, as estimated by Tuoi Tre, have value of $530 million (most of the enterprises list their shares on the bourse or have been equitized). As such, the total capital the state can expect from selling 10 enterprises put under the SCIC’s management is over $5 billion.

There are no official figures about the value of the other two enterprises – Sabeco and Habeco. However, local newspapers reported that in 2014, ThaiBev, a brewery from Thailand, wanted to buy the state’s stake in Sabeco for $2 bilion.

Meanwhile, if referring to the price at which Carlsberg spent to acquire Habeco’s stakes – VND50,000 per share – the state’s shares in Habeco would be valued at $400 million.

As such, if the state divests its capital in 12 enterprises as planned, it would collect $7.2 billion, a large amount of money in the current context of the tight budget.

However, an analyst said it would be very difficult to assess the exact value of enterprises.

If share auctions can be organized in a professional way, the share price may be much higher than the current market price.

However, the situation may be different if the state sells shares in large quantities at the same time (in 2016-2017).

A source from SCIC said that SCIC would sell two out of 10 enterprises it controls in 2016. These include FPT and Sa Giang Import/Export JSC.