Kirin Brewery will partner with Brooklyn Brewery to produce and sell the New York-based company’s popular craft beer in Japan and Brazil starting next year. 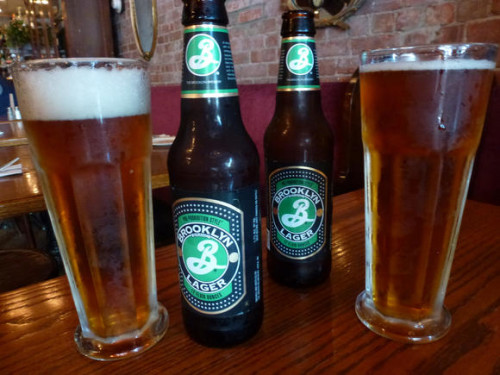 In Japan, the two companies plan to set up a joint venture next January, with the Kirin Holdings unit expected to take a majority stake. The U.S. company’s signature Brooklyn Lager, known for its rich flavor, will be produced at Kirin factories — in cans, bottles and kegs for eateries — and be sold exclusively by Kirin through high-end supermarkets and liquor stores as well as restaurants and bars. A bottle will likely cost around 400 yen to 500 yen ($3.90 to $4.90).

Even as the overall beer market keeps shrinking in Japan, demand is growing for craft beer, which puts an emphasis on flavor and brewing method. Kirin will become the first major Japanese beer company to make foreign craft beer.

Established in 1988, Brooklyn Brewery ranks 12th among U.S. craft beer makers by production volume but comes in second by export volume. Approximately half of its production is exported. Garrett Oliver, the brewery’s “brewmaster,” is an iconic figure in the craft beer industry.

In the U.S., craft beer has grown to hold nearly 20% of the beer market as Budweiser and other major brands have fallen out of favor among consumers.

As part of efforts to reduce dependence on big brands, Kirin has already partnered with Yo-Ho Brewing, the largest craft beer maker in Japan.

The Japanese market for beer products has contracted for 11 years in a row. But the craft beer market, now about 40,000 kiloliters, is projected to grow to 150,000kl in 2021. The Kirin group aims to boost its share of the booming market to 50% by then from roughly 25% now.