AB InBev’s president for India and South Asia, Pedro Aidar, on making Budweiser a viable business in India, and leveraging the SABMiller merger for growth. 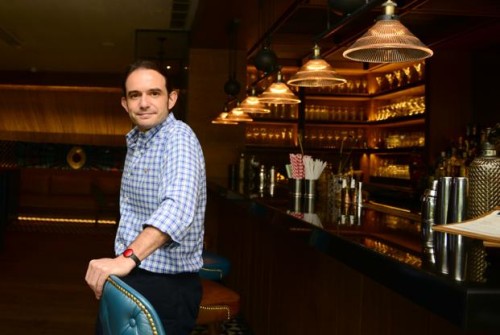 World’s largest brewer Anheuser-Busch InBev started operations in India in 2007 under a joint venture with Ravi Jaipuria of RJ Group. Nine years since, the company is gearing up for its solo journey after breaking up with Jaipuria in 2015.

Pedro Aidar, its newly named president for India and South Asia, wants to create a niche for the AB InBev brands such as Budweiser, Corona and Hoegaarden while he will look to capitalize on network and breweries of SABMiller to make Budweiser widely available. SABMiller and AB InBev are in final stages of a merger that will create a $100 billion company in October.

In an interview, Aidar spoke about the Budweiser business being unviable in India, the company’s vision to reduce alcohol content in its beverages and expectations from the Indian market. Edited excerpts:

What do you think of Bira?

Fantastic idea. You speak to young people like in Delhi—it’s all in their minds. It’s the one place where Bira really started well. When you look at their other two markets—in Bombay and Pune–not so much. But I think Ankur Jain was genius in his proposition. I think it’s a beautiful brand.

I think I am the wrong person for you to ask that because I love beer. If the beer is fresh and it is brewed with love, it is hardly a bad beer. The one thing that for me is very smart is if there is one taste that you see is very acceptable in India is wheat and what he sells most is his wheat brand. I think he was brilliant on this. He really got the right liquid.

I think Bira is facing issues on the supply and investment side. For a company like Bira which is a startup and has created a niche for itself, what is the advice that you have for them?

While starting any start-up in any market in the world, there is a combination of making sure that you understand your own idea. Because there are geniuses who have brilliant ideas but they don’t know how to convert that idea into a tangible business. So, make sure that as your venture grows, you understand what your business is. When you line up your investors, you understand that how are you going to grow from pure sales into a reason to believe that this business will be viable.

There are three stages— the great insight, how that insight becomes a business, how that business will be viable. They don’t happen at the same time.

Would you put money into these companies, ideas, start-ups?

We are doing that. Actually, the way that we do this at the corporate level, we created a separate office. What they are doing is identifying startups all over the world and investing in them. It’s called ZX Ventures.

In India, we don’t have any examples as yet. I am still in-charge of Vietnam till December. In Vietnam, we are looking at things like this, but India not yet.

Do they plan to enter India?

The way it works is they are constantly monitoring things. So, if they bump into something— or put it like this Bira is looking for funding. They actually did reach ZX ventures.

So, you are saying Bira did reach out to ZX ventures?

They did receive (a proposal for investment in Bira)…I can tell you that.

They asked me what do I think? But I said I love the idea but I am conflicted to make any comments to you on your end. On my end, I am already clocked. Back to the thing I was telling you about the advice, right now I can tell you that back to idea, business viability, Budweiser is not viable in India. Before I look into any other proposition, Budweiser must be viable in India. There is a reason I say that. Corona is imported. So, for my imported business, I have a viable business. For my local production, I still don’t have a viable business.

What are your expectations from this market?

So, the view of the market is same as before like the prospects in India when we look at economic prospects, the demographic prospects, culture of the place, it is a place that there is all set for a beer industry to be very prosperous and very successful. For us, it is a challenge and now things have changed with SABMiller and India stands very fortunate because when I was in China, I was working on expansion for Asia. And we knew that we need to do something more meaningful in India to have a more competitive position and basically I sign up coming to India before knowing that the SABMiller deal would ever be possible. So, now that this deal will be completed very soon is a blessing, knowing that the answer I didn’t have before on how to jump from 2-3% market share to more meaningful position. Now, I have the answer and also the fact that the portfolios of both the companies are very complementary.

In my view, it is a super exciting platform.

In terms of network, breweries, how are you going to integrate the operations?

There is one thing that comes to my mind upfront like the very fact that SABMiller have 10 proprietary facilities in India. I can cross-brew Budweiser because we have only two operating facilities— one that we own and one that we have a tie-up. So, for example, my Budweiser is sold in Calcutta, which is shipped all the way from Hyderabad and in the same way the Budweiser in Delhi comes from Pune, the Budweiser in Haryana comes from Hyderabad. Now, SAB has a brewery 2 hours from here. Now, you can get a much fresher Budweiser. You don’t to transport the beer all the way around. So, that itself is a big opportunity. So, cross-brewing is something that is going to be explored from the beginning.

Your company has a vision of bringing down the alcohol content in beer over a period of time. Do you think that will work here?

Our commitment globally is to foster responsible consumption. I’ll give you an example—We have a fantastic event in July in Hyderabad called Tomorrowland United. There is the Tomorrowland festival in Belgium and we have four-five events around the world in which we do a massive party. It’s a live telecast from Belgium. Because it was live, the time-zone was really late night—early morning in India and we receive authorization from Telangana excise to have that party going. And the party was authorized to 4 am in the morning. Half-past midnight, I told them to stop selling beer because basically, people had more than they should have. The one thing that is unfortunate is that I don’t have Budweiser Non-Alcoholic in India because that’s what you do at that moment. You are in your party mode, there is other Budweiser for you, please continue to enjoy but no more alcohol for you.

And people stayed back?

Not that I want to reduce anything but there is a beverage for every occasion. For instance, I like sports. I don’t want to have alcohol with me. Although, if you think about who sponsors the marathon in Munich—Edinger alcohol free. Actually you know Gatorade—Gatorade is a category of beverages isotonics. The largest selling isotonic in Germany is Erdinger alcohol free. So, then the thing is if you are in a night club or if you are having a party, you want alcohol but if you are just enjoying the day, you want to remain active, you want the flavour, you want a natural beverage but not necessarily alcohol. So, this commitment that we have is to foster lower alcohol offerings so that you can enjoy your day in a more rounded manner as opposed to having a 4% offering or an 8-9%. It is not about lowering how much alcohol is in the same liquid as it is to ensure that you have a whole spectrum to choose from—what drink suits what time of the day.

It is very contradictory to what Indian market is. A majority of people here prefer extra strong beer!

I think we had the discussion back in the day. What for me is the set thing about India is unfortunately there are millions and millions of people who live very tough life in this country. And then it gets to the end of your day is the moment when you just want to get away from your reality and have a moment of escapism. You want something stronger to just knock me down and you can have an escape from your reality.

It’s not that people like strong alcohol. It’s probably they don’t like the reality they live in, they want an escape.

In this scenario, how do you see your products gaining popularity in India?

The good thing about India is that having 1.2 billion people when you think about the people more affluent—or probably 6-7% of the population, you are talking about 90 million people. If I want to sell lower alcohol beer, I need to understand who I am targeting, what occasion I am targeting. So, for sure, I am not going to sell beer in Safdarjung, 5’O clock in the afternoon when people are just stopping their motorbikes, looking to drink. It’s about understanding what consumer I am targeting, where I want to place my brands.

But, that will be niche.

I won’t say it is niche. It is very targeted. That’s how we would like to position it.

Also, primarily India is a whiskey market. What you are trying to do is completely new here. When do you see this turning out to be a big market for you?

I won’t say that Indians only like whiskey but whiskey is mostly what you got here. What I see as the opportunity is as I understand the consumer and things that people would like but they don’t have them available. Make them available. So, I won’t say that this is a whiskey market but for sure whiskey companies, India is their crown jewel but it is not because people only drink whiskey but probably because whiskey is the most offered beverage here.

What are the new products that you plan to bring to India?

When I just look at the potential that I have today with Budweiser, Corona and Hoegaarden and very soon hopefully the entire portfolio of SAB, I would say that for the moment, there is great ammunition to cater in this market.

Five years from now, what kind of market share, revenues do you aim in India?

I want to grow. But at the same time, I recognize I have very strong competitors here. So, I want to grow. I can give examples like in case of China, we started very small, today we have 19% market share. We have been able to grow between 1 and 1.5 share points and I consider that a very successful operation, to give you an example.

For me, what is very important if you look at the public filings available from SABMiller, you see that the company today is not profitable in India. So, before I get big ambitions in terms of expanding volumes, it must make sense for the shareholders that we grow a business that is profitable.