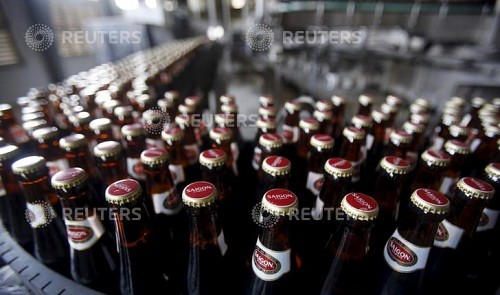 Vietnam has given the green light for the country’s biggest brewer, Sabeco, to list shares in Ho Chi Minh by December as part of a long-awaited privatisation set to offer investors a slug of Asia’s third-biggest beer market after China and Japan.

Phan Dang Tuat, head of the Industry and Trade Ministry’s enterprise renovation and development committee, told Reuters on Tuesday that Hanoi had granted approval to list shares in a firm it first earmarked for privatisation in 2008 on the Ho Chi Minh Stock Exchange.

Known for its Bia Saigon and 333 brews, Ho Chi Minh City-based Sabeco – formally known as the Saigon Beer, Alcohol, Beverage Corp – is valued at about $2 billion by Hanoi. With 45 percent of Vietnam’s beer market, its net profit jumped 27 percent in first-half 2016 to 2.39 trillion dong ($107 million).

“(Sabeco) has 10 to 12 weeks to debut, depending on the consultative contract,” Tuat said, referring to Sabeco’s plans to hire a consultant firm to advise on the listing. He didn’t say how much of the company will be sold in the December listing plan.

The company has received expressions of interest from major foreign brewers lured by the size of the Vietnamese market, including ThaiBev, the flagship company of Bangkok’s billionaire beer magnate Charoen Sirivadhanabhakdi. Sabeco sold 1.52 billion litres of beer last year, up 9 percent from 2014.

But potential partners keen to tap rising consumer spending by Vietnam’s fast-growing middle class have faced repeated delays in the privatisation process. Under criticism from some investors for being slow to privatise assets, the government had said in August it would fully divest from the country’s two biggest brewers, Sabeco and Habeco.

The government has also said divestment in Habeco, the maker of Bia Ha Noi beer ranked third by market share after Sabeco and Dutch brewer Heineken NV, would be completed by the end of this year.