The fiscal year 2015-16 was a positive year for the beer industry with a return to volume growth despite regulatory issues. SABMiller India was able to grow sales revenue by circa 5% in the face of an increasingly competitive market place re-affirming again the strength of its brands.

According to Report income increased from approximately 292.78 to 316.43 million dollars (+7.6%) (performance in INR see on pic.). The company’s expenses also increased, but at a slower pace (+3.7%). Such dynamics had favorable impact on the financial result. Despite the fact that the company remains in the red, the loss decreased from approximately 19.2 to 7.12 million dollars (or 62.8%). 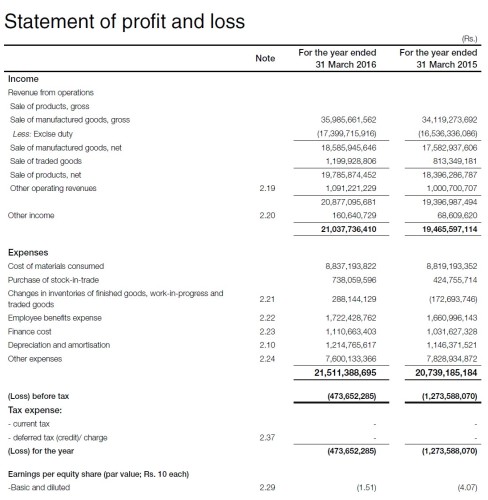 During the last fiscal year SABMiller India Ltd was making improvements of design of some brands and launched new sorts.

In December 2015, Knock Out was renovated with superior packaging and new communication in their core states of Karnataka, Maharashtra, Telangana and Andhra Pradesh.

In March 2016, Foster’s was re-launched in states of Karnataka, Maharashtra and Haryana. The new pack comes in new bottle design with a thermo-chromatic label.

Miller franchise in the worth more segment continues to grow at more than 90% for the past two years in a row and is the fastest growing premium Beer brand in the Indian beer industry.

Continuing the good progress, company has made on cost containment in previous years and also managed to restrict inflation on the cost of goods sold to well below inflation.

During the year 2015-16 SABMiller has commissioned “Zero Liquid Discharge” projects in four of breweries thereby reducing water consumption by 10% for every litre of water used for every litre of beer manufactured basis over previous year.